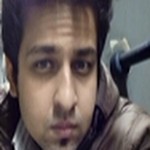 Ministry of Corporate Affairs with its powered conferred under provisions of Section 124, 125 read with Section 469 of the Companies Act, 2013 (“Act”) introduced Rules for Investor Education and Protection Fund (“IEPF”) established under Section 125 of the Act with effecting from September 7, 2016.

In the IEPF (Accounting, Audit, Transfer and Refund) Rules, 2016 provisions regarding management of IEFP, the manner in which the fund shall be managed, reported, accounted and how the unclaimed Shares and Dividend shall be transferred to the IEPF and the procedure through which the shareholder can claim the refund has been laid down.

A company having unclaimed and unpaid amount in respect of dividend declared is required to transfer such amount to a Unclaimed Dividend account to be maintained by the company within 7 days of the expiry of 30 days from the date of declaration of the dividend. Claim of the investor shall be met from such account till the end of 7 years from the date of transfer of relative amount. After the end of 7 years of transfer, the pending amount should be transferred to IEPF maintained by the Government.

All companies which have unclaimed and unpaid amounts are required to file an annual statement of the amounts transferred to the Unclaimed Dividend account maintained by the company, till the said period of 7 years. The investor-wise details are also required to be filed in separate xls files. This statement should also include the details of unpaid amounts on deposits, debentures, application money received, interest on deposits/ debentures/ application money, redemption amount of preference shares and sale proceeds of fractional shares.

(a) For the purpose of effecting transfer in Demat form the Company Secretary on behalf of such shareholders, shall sign the delivery instruction slips of the depositary participants where the Shareholders has their accounts.

On receipt of the delivery instruction slips, the depositary shall effect the transfer of shares in favour of the IEPF in its record.

(b)  For the purpose of effecting transfer in physical form:

(i) The Company secretary on behalf of the concerned shareholders, shall make a request to the Company, for issue of duplicate share certificates.

(ii) The Company on request, shall issue duplicate share certificate stated on the face of it that “Issued in lieu of Certificate No. _____ for the purpose of transfer to IEPF” with the word “duplicate” shall be stamped in bold letters.

(iii) After issuance of duplicate share certificate, the Company Secretary shall sign the share transfer deed in SH-4 for transferring the shares in favor of IEPF.

(iv) On receipt of duly filled Share transfer form along with duplicate share certificate, the Board or Committee shall approve the transfer.

Note: Before transferring the shares in favour of IEPF the Company shall inform to the shareholder concerned regarding transfer of shares at the latest available address three months before the due date of transfer of shares and also to publish a notice in the leading newspaper in English and regional language and on their website giving the details of such sharholders.

No transactional provision has been given for the above rule i.e. once the rule gets into force the Company shall initiate the procedure immediately and have to transfer the shares on completion of three months.

Purpose of the Form IEPF 4

Every company which has transferred unpaid and unclaimed dividend after the expiry of seven years to the Investor Education and Protection Fund, is also required to transfer such shares to the Fund. The statement containing all details of such transfer shall be given in Form IEPF-4.

Refunds to the claimants

Purpose of the Form IEPF-5

The person in respect of whom any amount is transferred to the IEPF, can make an application by filing Form IEPF-5 with the Authority set up by MCA that shall further process the application.

The Company shall furnish a statement in Form IEPF 6 within 30 days of end of financial year stating the amounts due to be transferred to the fund in next financial year.

Purpose of the Form IEPF 6