Corporate Social Responsibility (CSR) has been in existence for a long time and is almost as old as civilization. It is based on the Gandhian Principle of “trusteeship concept” whereby business houses are looked upon as trustees of the resources they draw from society and thus are expected to return them back manifold. CSR is extremely important for sustainable development of all stakeholders (all the people, on whom the business has an impact, including the society at large).  Proponents of CSR argue that companies make more long term profits by operating with a perspective, while critics argue that CSR distracts from the economic role of businesses. Nevertheless, the importance of CSR cannot be undermined.

Corporate social responsibility is also called corporate conscience, corporate citizenship, social performance, or sustainable business. It is a form of corporate self-regulation integrated into a business model. CSR policy functions as a built-in, self-regulating mechanism whereby a business monitors and ensures its active compliance with the spirit of the law, ethical standards, and international norms. 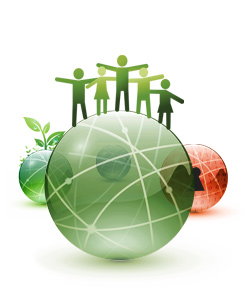 Companies Act of 2013, which has already been notified partially, gives the concept of CSR the importance it deserves. Section 135 of the Companies Act, 2013 contains provisions exclusively dealing with Corporate Social Responsibility. Schedule VII contains a list of the activities which a company can undertake as part of its CSR in initiatives. 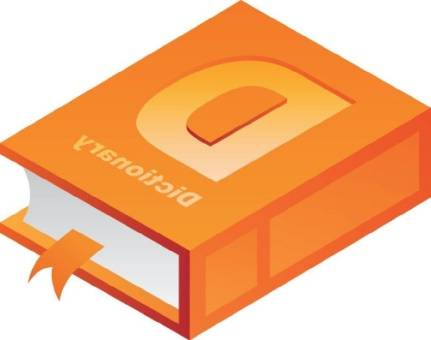 PROVISIONS OF COMPANIES ACT, 2013 ON CSR

· CSR rules shall come into force on the date of their publication in the official gazette and shall be applicable from the financial year 2014-15.

i.  Formulate and recommend to the Board, a Corporate Social Responsibility Policy which shall indicate the activities to be undertaken by the company as specified in Schedule VII of the Act.

ii. Recommend the amount of expenditure to be incurred on the activities referred to in clause (a); and

iii. Monitor the Corporate Social Responsibility Policy of the company from time to time.

iv. Prepare a transparent monitoring mechanism for ensuring implementation of the projects / programmes / activities proposed to be undertaken by the company.

Responsibility of the Board of Directors

· To ensure that atleast 2% of average net profit of last 3 preceding years is spent on CSR activities every year.

· ‘Net Profit’ shall mean, net profit before tax as per books of accounts and shall not include profits arising from branches outside India.

· 2% CSR spending would be computed as 2% of the average net profits made by the company during every block of three years. For the purpose of First CSR reporting the Net Profit shall mean average of the annual net profit of the preceding three financial years ending on or before 31 March 2014.

· To approve the CSR Policy after considering recommendations of CSR Committee.

· To ensure that activities reflected in CSR policy are actually undertaken by company.

· If the company does not spend 2% of net profits as required, then Board to report the reasons in the Board’s report.

CSR policy of the company should reflect the following:

· Projects and programmes that are to be undertaken by the company in pursuit of CSR.

· List of CSR projects/programmes which a company plans to undertake during the implementation year, specifying modalities of execution in the areas/sectors chosen and implementation schedules for the same.

· A statement that surplus arising out of the CSR activity will not be part of business profits of a company.

· A statement that the corpus would include the following:

b. any income arising therefrom

(i) Eradicating extreme hunger and poverty;

(ix) contribution to the Prime Minister's National Relief Fund or any other fund set up by the Central Government or the State Governments for socio-economic development and relief and funds for the welfare of the Scheduled Castes, the Scheduled Tribes, other backward classes, minorities and women; and

(x) such other matters as may be prescribed.

Other important points relating to CSR

· Tax treatment of CSR spend will be in accordance with the IT Act as may be notified by CBDT.

· A Company may set up an organization which is registered as a Trust or Section 8 Company, or Society or Foundation or any other form of entity operating within India to facilitate implementation of its CSR activities in accordance with its stated CSR Policy.

· A company may also conduct/implement its CSR programmes through Trusts, Societies, or Section 8 companies operating in India, which are not set up by the company itself.

· Companies may collaborate or pool resources with other companies to undertake CSR activities and any expenditure incurred on such collaborative efforts would qualify for computing the CSR spending.

· Only such CSR activities will be taken into consideration as are undertaken within India.

· Only activities which are not exclusively for the benefit of employees of the company or their family members shall be considered as CSR activity.

· Company shall give preference to the local area and areas around it where it operates, for spending the amount earmarked for Corporate Social Responsibility activities.

· Format of annual report on CSR initiatives to be included in the board report by qualifying companies has been prescribed under draft Rules.

Companies Act, 2013 has introduced the concept of CSR in the Act itself and even though the Act advocates it strongly but it has still prescribed a “comply or explain” approach only. This means as per the new norms, the two per cent spending on CSR is not mandatory but reporting about it is mandatory. In case, a company is unable to spend the required amount, then it has to give an explanation for the same.