Interpretation of 'month' as per the IT Act 1961 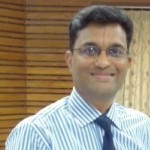 The section has been interpreted differently by experts and there are two views - one favouring the calculation of interest for two months and the other, disputing it on the ground that it should be on the actual number of days, i.e only if the number of days exceed 30, it would attract two months' interest.

Now, which version is correct?

The relevant portion of the Section 201(1A) of the Income Tax Act, 1961, for imposing interest runs as under:

In this regard, it will be of grat interest and importance to understand the law laid down by the Hon’ble High Court of Allahabad in Commissioner of Income-Tax  Vs  Laxmi Rattan Cotton Mills Co. Ltd on 4th April 1973 ( Citation: 1974 97 ITR 285 All ).

In the said case, the question before Hon’ble Court was whether the word ‘month’ occurring in Section 271(1)(a)(i) referred to an English Calendar month, as interpreted by the Tribunal, against which the appeal was filed by the Commissioner of Income-Tax.

Therefore, the assessee was charged penalty for the default @2% per month for three months (leaving the three days that exceeded the three months, as the Section mentioned only of a month and not a part of it) U/S 271(1)(a)(i), according to which the penalty would be “.... a sum of 2% of the tax for every month during which the default continued..”

The Hon’ble High Court observed that:

The word ‘month’ has not been defined in the Act;

The ‘month’ as per the Act was not the ‘English Calendar’ month as defined in the General Clauses Act;

It is settled that the word ‘month’ is normally understood to mean a ‘lunar month’ i.e a period of thirty days.

Accordingly, the appeal filed by the Commissioner of Income-Tax against the order of the Tribunal which interpreted the meaning of a ‘month’, which was not defined under the Act, to be an ‘English Calendar’ month, was allowed.

In other words, it was the Commisioner of Income Tax who had asserted that the 'month' under the Act was a month having '30 days' and not a 'English Calendar month'.

Now that definition of a ‘month’ under the Income Tax Act, 1961, has been settled by the Hon’ble High Court Allahabad, can the word ‘month’ could mean an “English Calendar” month in another Section of the Act?

Though the Hon’ble Court was dealing with a different Section, given the fact that the word ‘month’ has not been defined in the Act, can the definition of a ‘month’ be interpreted differently especially when the basic premise, the delay, is the same under both the sections?

Obviously , justice should be fair and equitable for everyone. Also, interpretation has to be consistent. There cannot be two yardsticks - one favouring the department and the other, against the assessee.

The interpretation of a ‘month’ to mean ‘thirty days’ U/S 201(1A) akin to 271(1)(a)(i) is totally equitable and fair, for, the other interpretation entails two months interest for a delay of thirty days or less, which definitely defies all logic and reasoning.

It may be seen that in the case before the Hon’ble High Court of Allahabad, the Commissioner of Income-Tax did not charge a month’s penalty for the three days exceeding three months because, as per that section, penalty was to be levied only for ‘every month’ and not ‘part of a month’.

The only difference between the two sections in our discussion is that, in view of the words ‘part of a month’ as appearing U/S 201(1A) of the Act, for every thirty days or part thereof, interest is payable, in contrast to Section 271(1)(a)(i), where the term 'part of the month' is absent. In other words, if the number of days is 9 as per the example given supra, interest for a month (every 30 days or thereof ) would be payable. If it is 31 days, two months interest and so on.

The upshot of the discussion is that a 'month' under the Income Tax Act, 1961, would only mean a lunar month of 30 days and charging two months interest for 9 days ( as per the above example ) treating it as two different (part) months is untenable.