An Intangible Asset is an identifiable asset which is non-monetary in nature that has no physical substance held for use in production or supply of goods or services. They exist in opposition to tangible assets like plant, machinery, etc and Financial Assets like government securities, etc.

Some Examples of Intangible Asset are patents, copyright, franchises, goodwill, trademarks, and trade names, as well as software

• Enterprises that are in the process of issuing equity or debt securities that will be listed on a recognised stock exchange in India as evidenced by the board of directors' resolution in this regard. 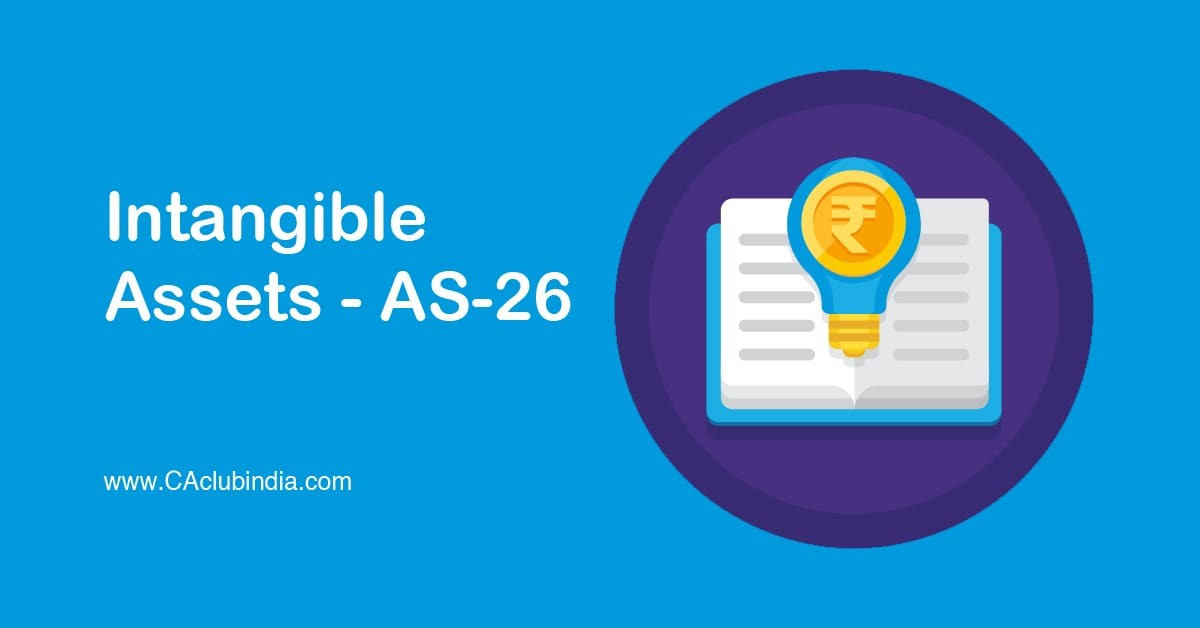 • All other commercial, industrial and business reporting enterprises, whose turnover for the accounting period exceeds Rs. 50 crores.

In respect of all other enterprises, the Accounting Standard will come into effect in respect of expenditure incurred on intangible items during accounting periods commencing on or after 1-4-2004 and will be mandatory in nature from that date.

An intangible asset should be recognized only if:

To assess whether an internally generated intangible asset meets the criteria for recognition, an enterprise classifies the generation of the asset into two phases:

Expenditure of the Research Phase

Such expenditure is to be charged off in the statement of profit and loss as an expense as and when incurred.

Expenditure on the Development Phase

An intangible asset arising from development phase can be recognised if and only if the following conditions can be satisfied:

It is important to note that all of the above conditions should be met to permit recognition of intangible asset in the development phase.

For Example, the amortisation of intangible assets used in a production process is included in the carrying amount of inventories.

The residual value of an intangible asset should be assumed to be zero unless:

• Any gain and loss (the difference between the net disposal proceeds and the carrying amount of the asset) arising should be recognized as income or expenses in the statement of P & L.

Major Differences between AS 26 and Ind AS 38