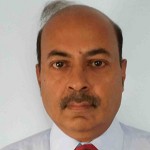 
Insolvency & Bankruptcy Code of India, 2016 (IBC) was enacted in May, 2016 and was notified in 2016.  In the last 5 months since its implementation, there has been a steady progress, both in terms of number of cases filed and those admitted.  The largest share of these cases is of those filed by operational creditors, while some have been filed by financial creditors and the rest by corporate applicants. The law is still evolving and a lot still needs to be done in terms of infrastructure (such as information utilities as envisaged in IBC), creating a pool of competent insolvency professionals etc.  However, a beginning has been made and one hopes that this Code will go a long way in creating an ecosystem conducive for insolvency resolution in India in the years to come.

Who can initiate proceedings under IBC?

There can be three types of applicants as mentioned earlier. The first category is that of financial creditor, which could be a bank, financial institution or non-banking finance company which has lent money to the defendant company, termed as corporate debtor (CD) in IBC.  The second category is of an operational creditor who has a clear, undisputed debt realizable from the CD in respect of goods or services supplied by him. The third and final category is that of a corporate applicant, who could be directors or members of a company, and feel that the company though solvent needs to go for a corporate insolvency resolution process (CIRP).

How does one initiate proceedings under IBC?

The first step in CIRP is filing of an application with the Adjudicating Authority under the Code, which is National Company Law Tribunal (NCLT). The application has to be made in the prescribed manner with documents evidencing default by the CD and proposing the name of an interim Resolution Professional (RP).  However, in the case of an operational creditor, it is not mandatory to propose the name of interim RP.  An RP has to be a person or entity holding prescribed qualifications and experience and registered with Insolvency & Bankruptcy Board of India (IBBI), the regulatory authority under the Code.

Appointment of interim RP and formation of Committee of Creditors

Once the application is filed, the NCLT will decide as to whether the application deserves to be admitted or not. If it is admitted, NCLT will also order the appointment of interim RP and cause a public announcement to be made by interim RP inviting claims from all the creditors within the time given in the announcement. Interim RP will form a Committee of Creditors comprising of all the financial creditors and a representative of operational creditors as well in case total operational debt exceeds 10% of aggregate debt of the CD including financial and operational debt.  Within 30 days of appointment, interim RP will convene a meeting of Committee of Creditors, where he will also place details of all the assets & liabilities of the CD.  The Committee will also decide in the meeting as to whether the interim RP is to be continued or is to be replaced by another RP.

RP is then required to draft an Information Memorandum incorporating all the relevant details of the CD with a view to inviting Resolution Plan.  A Resolution Plan may be made by any person to resolve the insolvency and may provide for any plan of action, which may include restructuring of debt (including waivers or concessions to be offered by lenders), infusion of funds by investors, change in management, conversion of debt into equity, amalgamation or merger of CD with some other entity etc. The Resolution plan received are put up at the meetings of Committee of Creditors and if approved by the Committee with 3/4th majority in value and 60% majority in numbers, is then submitted to NCLT for final approval. This plan, if approved by NCLT, becomes binding on all the creditors, CD and other stakeholders. This entire process has to be completed within 180 days (extendable by 90 days), failing which CD goes into liquidation under IBC.  Also in case no Resolution plan is approved by the Committee or NCLT, the CD is consigned to liquidation proceedings under IBC.

The unacceptably high level of non-performing loans by banking sector have cast a shadow on the financial stability of Indian economy. The government is, therefore, keen to ensure early detection and resolution of financial stress in the corporate sector.  Likewise, operational creditors had, in the event of non-payment by CD, no choice except to file a civil suit, which was a time-consuming and expensive affair.  Now, both financial and operational creditor have a mechanism available to them in the form of IBC where they can file their claims and resolve the issue in a time bound manner. It is hoped that the Code will help India clean up the mess and usher in an ecosystem conducive for faster economic growth.


Category Others, Other Articles by - CA. Naveen Sood, FCA, ACS