Inflation - Can it be Controlled?


Introduction: It must have come to your notice, that all Central Banks throughout the globe, meaning Central Bank situate in every country, seem to be fixated with the notion of controlling the rate of inflation. They seem to be taking all steps within their power to control the so called rate of inflation. But the question is it really possible to control inflation or his siblings namely deflation, stagflation, hyperinflation, recession, depression or the newborn stiflation.

Investopedia defines inflation as, something relating to the substantial rise in the general level of prices related to an increase in the volume of money and resulting in the loss of value of currency. However, most recently I have come across statements by the central bankers which state something else. They seem to have related the real cause of inflation to that of demand - supply dynamics. What the central bankers say is that as the demand is high and supply is low the prices/rate of inflation seems to have shot up. On this point I would like to use an illustration which should in my opinion clear the fact that high demand and low supply is not the real cause for rising prices/inflation. Inflation is something else all together.

a.  Mr. A is in love with a car that he wants to buy. So Mr. A walks into the showroom, takes a test drive, falls deeper in love with it and wants it immediately. Mr. A pulls out his cheque book. Unfortunately for Mr. A the showroom executive informs him that there is waiting period of one year for the car. Mr. A walks out disappointed. In this illustration as we can see that demand is high and supply is low. So what in your opinion should be the price of the car? (Pick the correct option).

i. The price of the car should be more or close to or equivalent to the price of a spaceship used to travel to moon, as high demand and low supply, should inflate the price of car.

In the above illustration I have decided to go with, option (ii), because it is quite erroneous to say that that there is any co-relation between inflation and demand-supply dynamics. On the contrary inflation is how investopedia defines it, which is nothing but increase in volume of money. I would rephrase it by saying inflation is nothing but increase in the volume of fiat currency and not money.  The more you print the more it gets debased. Debased as in looses it value. The perfect example of inflation which led to a massive hyperinflation is that of Weimar Republic, a three year period which lasted from June 1921 to January 1924. Hyperinflation of Weimar Republic can be attributed to the fact that the Reichsbank (German Central Bank) stopped the convertability of fiat currency to gold, when war broke out on July 31st 1914. It gave a free pass to Reichsbank and enabled it to print fiat currency and flood it into the German economy without any limitation. In short Germany had become a printing press of fiat currency during that period. So what is fiat or fiat currency? We all know the car manufacturer Fiat, but we are not discussing about the cars manufactured by them or who owned or owns which model. So what is fiat or fiat currency? Investopedia defines fiat currency as currency which is declared to be a legal tender and which is not backed by a physical commodity. In short fiat currency can be defined as a piece of paper with numbers printed on it, with different colour combinations, designs, marks, symbols etc., which is un-backed, but has the backing of the governments that issue them and which are used by citizens as money. Have I deviated from the point of inflation, I don’t think so, because that’s the exact point I want to make about inflation. The main cause of inflation is excessive un-backed currency printing. As can be seen from the example of Weimar Republic what led to hyperinflation there was due to inflation caused by flooding the German economy with fiat currency. At the end of the war inflation gained momentum and resulted in hyperinflation. During that period as Reichsbank was required to satiate the inflationary trend, hence Reichsbank was left with no option but to keep printing. Such was the effect of hyperinflation due to the momentum gained by inflation that the Mark (Fiat Currency/ un-backed Paper Money) had lost almost all its value. (Source: The Nightmare German  Inflation, www.usagold.com)

Now what would be the meaning of satiate the inflationary trend? Well the answer is quite simple. If the central banks stop printing currency and injecting it in an economy which is already infected with inflation or rising prices there would be sudden uprising of inflation’s sibling whose name is deflation. Deflation is a very scary infection to have in an economy as it is a trend where the currency supply reduces and citizens feel cash strapped. 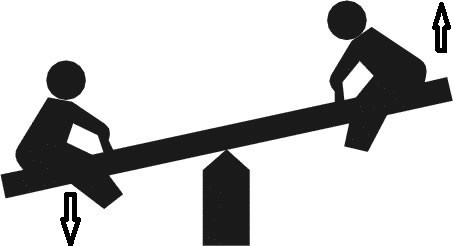 From the above picture it should be understood that if inflation was to be reduced, deflation would immediately prevail and vice-versa.

Money Velocity: It can be defined as the rate at which a currency is exchanged with goods and services. It helps determine the health of a given economy (Investopedia). We all live in Keynesian Central Banking Economy, which in my opinion is nothing but a ponzi scheme, prevalent in every nation state. It believes in the principle that higher the consumption and higher the aggregate demand, higher the GDP.  What it fails to consider is the importance of income. Adam Smith the Scotsman stated that the end object of production is consumption. However, the question which needs answering is how far is it appropriate to consume something or anything on debt? Now you might ask what’s money velocity and debt got to do with inflation or his other siblings. Sorry but my understanding of the current international monetary system has brought me to conclusion that it is only money velocity coupled with level of debt which will help us determine if inflation or some other sibling of it will prevail. Say for example in a cricket match it hardly matters what the captains think about the conditions, it’s the toss that determines who bowls or bats first.

Money as Opposed to Fiat Currency:  We have already understood the meaning of Fiat Currency. So what is money? To understand money I have placed reliance on how Aristotle defines it. He defines it as durable as in it must stand the test of time and elements, portable as in its shape and size should not determine its worth, fungible as in divisible. Dictionary.com describes fungible as: "(esp. of goods) being of such nature or kind as to be freely exchangeable or replaceable, in whole or in part, for another of like nature or kind”, and intrinsic value as in it should be a store of value. 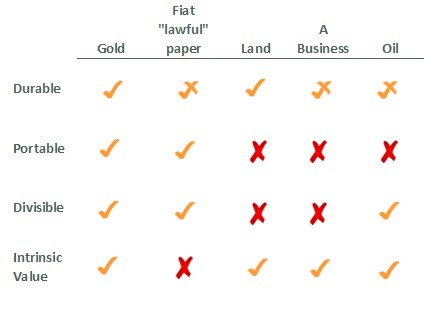 The above chart and Aristotle’s definition of money thus makes it clear that Fiat “lawful” paper fails the test of money. Which takes me back to the question can inflation be really controlled when we are programmed to use fiat currency as money?

Money Velocity and Debt: I have already pondered over what money velocity means. But why is understanding debt also important? I will proceed to answer the question by placing reliance upon our very own Bharatiya Reserve Bank Note Mudran (P) Ltd. When you visit the website, it welcomes you by explaining the reason for why it was created and also mentions that the present capacity of its presses located at Mysore (Karnataka) and Salboni (West Bengal) is 16 billion note pieces per year in 2 shift basis. However, what I could not find was if the currency notes were in any manner backed by a tangible asset. But here we should stop, take a breather and ask ourselves if we have ever walked into Reserve Bank of India to borrow money? I bet none of us has. Instead we visit our local commercial banks for our loan requirements. Commercial banks use the system of fractional reserve banking to give out loans. So in short it would be appropriate to say that it is the commercial banks, world over, which are playing a lead role in expanding the currency supply. When commercial banks provide loans the borrower is required to return it with interest along with the principal. There you go, now the borrower has to earn more from somewhere. In my humble opinion the borrower slogs and slogs more to earn fiat paper from somewhere and without knowing slowly becomes a slave. Now what do you think is the resultant effect of borrowing or debt plus the interest component? Perfect as we have seen that the true meaning of inflation is nothing but an increase in currency supply resulting in higher inflation/rising prices. Or in other words it would be appropriate to say that inflation causes the debasement of fiat currency itself or reduces its purchasing power. So in short higher the money velocity of un-backed currency higher the inflation and vice-versa. To control inflation what the Central Bankers do is increase rates which in my opinion is nothing but an attempt to reduce money velocity, resulting in a deflationary economic environment. If money velocity would increase uncontrollably the resultant effect would be hyperinflation. When we are hit by uncontrolled inflation or deflation it would be followed by their sibling’s hyperinflation, stagflation, recession or depression (the order might change), which results in the newborn Stiflation. I define Stiflation as a economic phenomena in which citizens feel stifled due to currency debasement, increase in taxes or too much government intervention, as governments take steps to control the siblings with the intention to protect un-backed fiat currency.

Conclusion: I would conclude by mentioning that as long as we continue to use un-backed paper currency as money, we will be stuck in a game of see-saw between the siblings (inflation, deflation, stagflation, hyperinflation, recession, depression and stiflation). Hence there is a need to promote good money with more emphasis on increasing Gross Domestic Income, increasing wages, more & better employment opportunities, because as opposed to debt it should only be the income of an individual which should help in increasing consumption which would finally lead to higher GDP and better economic performance for every nation state, when in today’s world economy every nation is economically interconnected, as in if ones economy gets hurt others will follow suit. 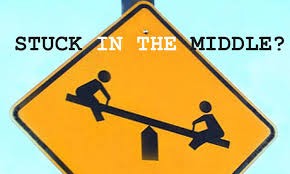 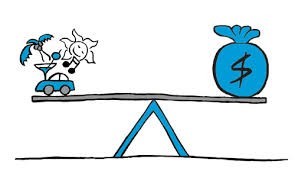