INDIA IN GULF'S LADDER OF INVESTMENTS. 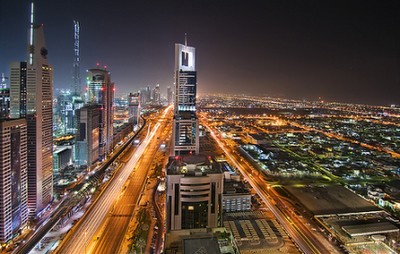 BRIC countries have always remained a favored destination for doing investments and getting good returns other that any other investments. Each day we hear a word called FII’s. They are the ones who make the stock market climb new heights. In this article of mine I will try to describe and bring forward one the FII’s who one of the major investor in BRIC economies. The have huge wealth which gets accumulated year after year and we are among their most favorite destination once the BRIC economies started making a turn around to the World economies.

Very recently we heard the name of DUBAI panic. By the time I write this I hope my readers are well acquainted with the fiasco that happened on Friday. A BRIC economy has always remained a hot destination for investments. DUBAI, UAE and Gulf countries does investments via Sovereign Wealth Fund – SWF.

What is sovereign wealth fund ?
A sovereign wealth fund (SWF) is a state-owned investment fund composed of financial assets such as stocks, bonds, property, precious metals or other financial instruments. Sovereign wealth funds invest globally. Some countries have created SWFs to diversify their revenue streams. For example, the United Arab Emirates (UAE) relies on oil exports for its wealth; therefore, it devotes a portion of its reserves to an SWF that invests in other types of assets that can act as a shield against oil-related risk.

Other economies have also build up such sovereign wealth fund like:

Estimated assets under management by a range of sovereign funds at the end of 2007.The image below.

A rapid rise in the price of major commodities between 2000 and 2008 greatly increased the cash holdings of some exporting countries, enabling them to seek new ways to diversify their wealth. AnotherOne of the prime reasons for building such reserves of sovereign wealth fund is not getting return from other non oil investment avenues like commodities. So they have built reserves where they can invest in emerging economies.

All these investments in the past have been made in other emerging economies but recently they have turned their heads towards BRIC economies.

How much India got investments out of the BRIC economies?


Sovereign wealth funds from Kuwait, Qatar and the UAE are poised to pour billions of dollars into the markets of Brazil, Russia, India and China next year as they seek to tap into the BRIC countries explosive economic growth. SWFs will invest more into industrial companies, sizable companies with global footprint like car manufacturers, consumer products, and transportation. sectors.

Another point is  the Gulf as a key contributor in India’s development. Last year 2008 record oil prices and windfall revenues have driven cash rich Arab investors to park billions of dollars in industry. A number of investment and development companies of UAE and Arab countries along with Dubai have been developed by the Gulf governments to explore investment avenues both at home and abroad either through direct acquisitions, joint ventures or private equities. Among all these India is on the prime list.

FDIs to India from the Gulf have increased over the past couple of years, with both institutional and private investments in some projects, particularly by investors from Dubai Emirate. Few of them are Emaar Properties, Dubai Holding, Dubai Aluminium Company, Dubai Internet City and Dubai Ports are some of the major players with projects under process in India at present.

Below is the data of GDP of Dubai. 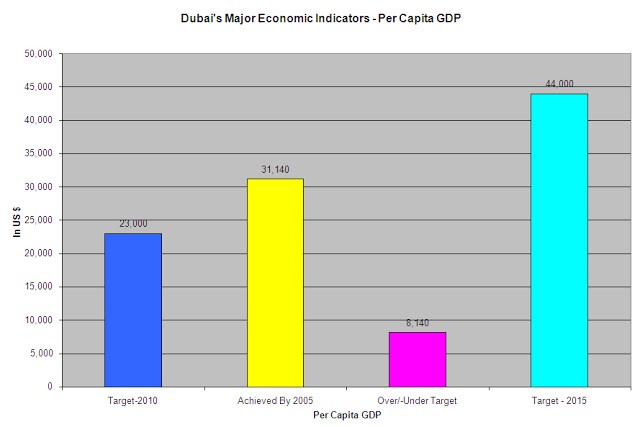 At the end I would like to add that if Dubai goes for tailspin in its finance activities the world remain at a huge threat, More over India remains at the high end of the risk.

Where the tide of risk lies from Dubai ?

Financial time bombs are present and are about to shake the world economies in the coming days.