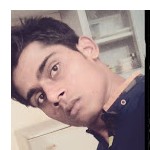 Rule 12 of Income tax rule, 1962 prescribes the ITR forms to be furnished by a person in the manner specified therein. The CBDT vide Notification No. 21/2017 dated 30.03.2017 amended rule 12 to prescribe new ITR forms applicable for AY 2017-18. In order to reduce the compliance burden on the individual tax payer, one page simplified ITR1 (SAHAJ) is prescribed. This form replaces the existing four page SAHAJ ITR-1. Simultaneously, the number of ITR forms have been reduced from the nine to seven.

Specified fields have been inserted in these new ITRs requiring disclosure of cash exceeding Rs. 2 lakhs in aggregate during the period of demonetization and certain other details to give effect to the amendments made by the finance act, 2016 and taxation laws (second amendment) Act, 2016. Further. A specific field for quoting Aadhar Number or Aadhar Enrolment ID has been inserted in ITR 1, 2, 3 & 4 in line with insertion of new section 139AA by the finance act, 2017, with effect from 01.07.2017. Further ITR 5 requires quoting of Aadhar Number of Partner/Members in the firm/AOP/BOI and ITR 7 requires quoting of Aadhar Number of Author(s)/founder(s)/Trustee(s)/Manager(s) of the trust. The significant changes made in the ITR forms applicable for AY 2017-18 vis-a-vis AY 2016-17 are shown below:

There is no change in the manner of filing ITR forms as compared to last year. All the ITR forms are to be filed electronically. However, where return is furnished in ITR-1 (SAHAJ) or ITR-4 (SUGAM), the following persons have an option to file return in paper form:-

The author can also be reached at mannrohit224@gmail.com.