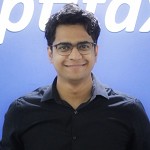 4. Vide Notification 74/2018 C.T, Rule 138E inserted in the CGST Rules, 2017 to specify that facility to generate e-way bill will not be available to taxpayers who have not furnished their returns (As per our understanding Returns here would include both returns i.e. GSTR-1 and GSTR-3B) for two consecutive tax periods

5. Vide Notification 74/2018 C.T, proviso inserted in Rule 46, 49 and 54 of the CGST Rules, 2017 to specify that signature or digital signature of the supplier or his authorised representative is not required in the case of issuance of a electronic invoice/Bill of supply/consolidated tax invoice etc. in accordance with the provisions of the Information Technology Act, 2000 (21 of 2000)

8. Vide Notification 24/2018 C.T (Rate) Explanation is inserted under Sr. No. 234 of schedule I to Notification 1/2017 Central Tax (Rate) specifying that value of Goods component of renewal energy devise such as (a) Bio-gas plant (b)  Solar power based devices (c) Solar power generating system (d) Wind mills, Wind Operated Electricity Generator (WOEG) (e) Waste to energy plants/devices (f) Solar lantern/solar lamp (g) Ocean waves/tidal waves energy devices/plants, & parts for their manufacture will be taken as 70% of the gross consideration charged for all such supplies, and the remaining 30% of the gross consideration charged will be deemed as value of the taxable service portion of the said supply. We believe that the said explanation will be applicable with effect from 1 January 2019

10. Services of leasing or renting of goods will attract GST rate as applicable to supply of such goods.

11. Further sr. no. 38 inserted to specify GST rate of 18% (9% CGST + 9% SGST) on Service by way of construction or engineering or installation or other technical services, provided in relation of setting up of (a) Bio-gas plant (b)  Solar power based devices (c) Solar power generating system (d) Wind mills, Wind Operated Electricity Generator (WOEG) (e) Waste to energy plants/devices (f) Solar lantern/solar lamp (g)  Ocean waves/tidal waves energy devices/plants. Further, an explanation is also inserted therein to specify that the said entry to be read in conjunction with serial number 234 of Schedule I of the notification No. 1/2017- Central Tax (Rate). In terms of the said explanation 30% of the gross consideration charged for such turnkey projects will be deemed to value of the said taxable service and remaining 70% will be deemed to be value of the goods component.

14. Vide Circular No. 78/52/2018-GST dated 31.12.2018 it is clarified that where the service exporter outsources a part of the entire contract to any person located outside India, the service exporter can treat such supply in entirety as export of services under provisions of Section 2(6) of the IGST Act, 2017 even if the full consideration for the services as per the contract value is not received in convertible foreign exchange in India due to the fact that the recipient of services located outside India directly pays to the supplier of services located outside India for the outsourced portion of the contract. In such a case the exporter of such services needs to pay tax on reverse charge basis on the outsourced portion of such contract treating such outsourced portion as import of service. He can avail ITC on the tax so paid under reverse charge basis. Further it is also mandatory that RBI by general instruction or by specific approval has allowed the part consideration pertaining to the outsourced portion of the contract to be retained outside India. The circular clarifies that if the said conditions are satisfied it will be deemed that the entire consideration is received in convertible foreign exchange for the purpose of Section 2(6) of the IGST Act, 2017.

17. For the purpose of calculating refund on account of inverted duty structure, if multiple inputs are used and such multiple inputs attract different rates the same will also be considered for the purpose of claiming the refund even if some of such inputs attract rates which are lower than the output rates. It is clarified that in the formula provided in rule 89(5) of the CGST Rules, 2017, the term ‘Net ITC’ covers the ITC availed on all inputs in the relevant period, irrespective of their rate of tax.

18. ITC which is reversed in the relevant period cannot be treated as ‘Net ITC availed’ in the relevant period for the purpose of claiming refund. However if the said ITC reversed is re-claimed in subsequent period (subject to fulfilment of all the specified conditions under Section 16 and not covered under excluded category under Section 17(5) of the CGST Act, 2017) then such ITC can be included as part of the ‘Net ITC availed’ in the period in which it is reclaimed, for the purpose of claiming refund.

20. Input tax credit is allowed on coal used for generating electricity which is captively used in the manufactured and supply of dutiable goods. It is clarified that coal falls under the category of inputs since the same is used in the course or furtherance of business.

21. Vide Circular 80/54/2018-GST dated 31.12.2018 it is clarified that 5% GST rate specified under entry 234 of Notification 1/2017 C.T for renewable energy devices such as (a) Bio-gas plant (b) Solar power based devices (c) Solar power generating system (d) Wind mills, Wind Operated Electricity Generator (WOEG) (e) Waste to energy plants / devices (f) Solar lantern / solar lamp (g) Ocean waves/tidal waves energy devices/plant (h) Photovoltaic cells, whether or not assembled in modules or made up into panels, and parts for manufacture of such goods will apply only to such machinery, equipment etc., which fall under Chapter 84, 85 and 94 and used in the initial setting up of renewable energy plants and devices including WTEP

22. Vide circular No. 81/55/2018-GST dated 31.12.2018 it is clarified that the term “sprinklers”, in the entry 195B of Notification 1/2017 C.T, covers sprinkler irrigation system and accordingly, sprinkler system consisting of nozzles, lateral and other components would attract GST at the rate of 12%

DISCLAIMER: The views expressed are strictly of the Optitax’s Consulting LLP. The contents of this article are solely for informational purpose. It does not constitute professional advice or recommendation of firm. firm and its affiliates shall not accept any liabilities for any loss or damage of any kind arising out of any information in this article nor for any actions taken in reliance thereon