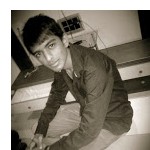 Features of the GST Law for the Real Estate Industry


GST is the tax which amalgamates various Central and state taxes into one which aims to build a common market in India & also avoids paying tax in multiple stages.

Finally GST becomes law as president gives assent to constitution amendment bill on Thursday a major step towards rolling out the indirect tax regime which the government wants to come into effect from April, 1st next year.

Features of the GST Law for the Real Estate Industry are as follows :-

The Indian real estate sector plays a significant role in the country’s economy. The Real Estate Sector is second largest employer after agriculture and contributes heavily towards the GDP. Almost 6% of the economy’s GDP is contributed by the housing sector.

Reason for inclusion of Real Estate Sector in GST regime:

1. Exclusion of this sector lead to significant reduction in the tax base and this would lead to an increase in the GST rate for other sector.

2. Real state is subject to multiple taxation at Central as well as State level. Central Government introduced service tax on housing & commercial services and allows credit for inputs used for the supply of such services.

A State level ‘sales tax’ on works contract, State level VAT on various inputs used in the construction and stamp duty is charged besides this input tax credit is also not available for all taxes, therefore leading to significant cascading effect.

3. Many ancillary industries such as cement, steel, building materials and many other are dependent on this sector which constitutes a major part of GDP. If this sector is included in GST then there will be a chain of transactions which will  improve the tax and bring transparency.

4. Rationalization of the tax regime of this sector would yield following benefits:

5. Input Service Distributer (ISD): ISD concept has been proposed for transfer of credit of input services between two or more locations. ISD can transfer credit of all types of GST (CSGT, SGST or IGST).Considering the possibility of multiple registration state wise, ISD could be used as a tool to ensure optimal utilization of head office related credit and hence resulting in actual reduction in cost.

6. Registration under GST: Registration may be required in each State where there is a premise from where supplies are being made.

At present the consumers in the real estate sector who opt to take an under construction property pay sales tax, value-added tax, stamp duty and registration charges to the builders. With the introduction of the GST, it is made clear that the indirect taxes, viz., sales tax and value-added tax will be replaced by GST. Whereas the developer or builder pays various elements of non-creditable tax costs like excise duty, customs duty, CST, entry tax, etc which are inbuilt in the pricing of the units. All these tax costs add upto anywhere between 21%-24% of the price of the units. Also, for the builder while procurement of goods and services, GST would be applicable. This GST would not be creditable and the developers would have to load this in the price of the property. Hence, there are chances for the increase in the pricing of the under-construction properties after the implementation of the GST in April 2017.

If the consumer is looking out for a ready to move in apartment, the consumer need not pay the service tax or VAT, but has to pay the stamp duty which varies from state to state.

Also, for the projects which are under construction in different stages, the builder might have already purchased the raw material needed for the whole project. If the GST is implemented and if the builder is to claim the input credits, the cost of the unit might reduce to 20% of the value of the property. But, under GST, he cannot get the credit of what he paid as consumer pays tax on taxes paid by the builder.

So, what needs to be  understood is GST rate will be lower or higher? What will be the impact of the pricing of the under construction property if the GST is lower? And how will the builder charge you at the end of the day.

All About One Person Company

Income Tax under the head Salary