How Valuable is CPA ? 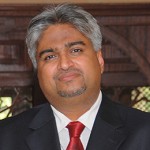 
In my 30 years of time spent in Corporates and in the field of Education, I am yet to come across any course that is of no value to say the least. A classic example of this would be the legendary Steve Jobs doing a course in Calligraphy during his college days. He went on to say - If I had never dropped in on that single Calligraphy course in college, the Mac would have never had multiple typefaces or proportionately spaced fonts. Thus the question "How valuable is CPA?" needs to be viewed from a totally different perspective. The value of anything today is attributable to the cost one spends for the same. In other words speaking as an accountant, the cost one spends in pursuing his / her CPA is not an expenditure but an investment. Thus one needs to understand the cost benefit to actually value CPA.

Now what is the cost one spends to complete his / her CPA ? It is not only the cash outflow that is to be considered as cost but also the time spent which needs to be appropriately valued. Thus mathematically speaking:

Speaking from a student perspective, what is it that he / she expects in a course:

If one looks at CPA from the above perspective, CPA not only ticks all the above boxes but also much more than that. Hence to sum it up one can very safely predict that CPA is indeed very valuable as it has all the ingredients to give a boost to someone who is looking to break the glass ceiling and gallop in his career forward or to someone who is looking for the right kind of a break to start his corporate career.