How to tackle office politics 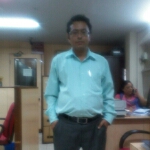 
Here are some tips to tackle office politics:

In this context one quote of the great Politician Chanakya is worth mentioning:

“A moon can give more light that thousands of stars cannot. Similarly a learned and cultured son is far better that hundreds of son deprived of good qualities.”

Following the lawful orders of the employer, can be learnt from this small story:

A Gurkha soldier, from the British Army was severely wounded during the war and was on the verge of death. The doctors met the Commander Chief and told that the Gurkha will die unless he shows some will to live.

The Commander Chief immediately rushed into the room where the wounded Gurkha was lying, and barked, “live”.

And the Gurkha obeyed.

“ALL MEN CAN SEE THESE TACTICS WHEREBY I CONQUER, BUT WHAT NONE CAN SEE IS THE STRATEGY OUT OF WHICH VICTORY IS EVOLVED”