How GST will be helpful to companies & General Impact of GST 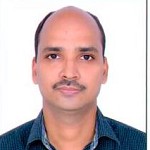 
How GST will be helpful to companies &  India’s Economy

GST will be helpful to eliminate the taxation problem at the root level and give a big boost to the e-commerce sector that is still at a crescent stage and has the potential to give a huge boost to the country’s economy in the coming years.

Under GST, both Central and State taxes will be levied on the manufacturing cost at the point of sale, which will help eliminate the challenge of tax being levied on the same product/service more than once. GST will replace all the indirect taxes levied on goods and services by the Central and State governments with a single nationwide sales tax. It is aimed at being comprehensive for most goods and services.

GST will be applicable across all states in India on the sale, manufacture and consumption of goods and services. Same tax regulation will apply across different states.

For e-commerce companies, logistics is one of the biggest hurdles so far, GST is likely to simplify things to a great extent. The objective of GST is to simplify and streamline the indirect tax regime in the country.

GST will be helpful to Companies to plan their strategies based on what is actually in their best interest, no need to have a warehouse in every state to minimize their tax liability.

According to Assocham "Goods & Services Tax (GST) will be a game changer for the Indian economy. The new tax regime can lead to efficient resource allocation within the economy, improve tax compliance and positively impact GDP growth.”

Assocham President Rana Kapoor said "More importantly, the projected boost to the manufacturing sector will make the proposed taxes a critical enabler to actualise benefits from 'Make in India' initiatives’

Brijesh Agarwal, Founder & CEO of is of opinion that “Implementation of GST will give a huge push to e-commerce. Businesses buying & selling goods face lots of complexity & ambiguity related to taxation, forms & tax credits. GST will give way to leaner and simpler system of buying for businesses. It will also resolve the tussle between states over who gets to tax e-Commerce shipments, thereby easing up regulatory uncertainty and pressure on marketplaces like Tolexo, a subsidiary of India MART”Tolexo

According to Finance Minister Arun Jaitley, the GST could add up to 2% to the growth of Asia’s third-largest economy. Adding further, he asserted, “The whole country, which is one-sixth of the world’s population, would become a single market, and therefore, it would give a necessary fillip as far as trade is concerned.”

1.GST will be a major indirect tax reform in India, there will be new legislations and procedures. Industries, traders and professionals required to spend a lot of time to understand the new concept & Law.

The entire indirect tax code will be new for everyone and any comparison with the old laws will be doing disfavour to the new legislations.

GST will Increase the Compliance burden, At present, service tax is a central levy, requiring a single registration and a half-yearly filing by the service provider but under purposed GST taxable person will have to file numbers of returns on periodic basis.

According to Mr. Siddharth Mehta, Indirect Tax Partner, KPMG, "Currently, a telecom operator with Pan-India operations can discharge its service tax compliances through a single ‘centralized' registration. However, under GST,  such operator would need to obtain a separate registration for each state where the company operates."

GST will facilitate seamless credit across the entire supply chain and across all States under a common tax base.

Current framework allows limited inter-levy credits between excise duty and service tax However, presently, no cross credits are available across these taxes and the sales tax paid (on input) or payable (on output).

Note:- NO ITC will be given to recipient of goods or services under proposed regime if a company's vendor is tax non-compliant and blacklisted.

4. Stock transfers from one State to another State:

Note:- Stock transfer from one state to other state will be treated as inter- state sale under GST regime and will be taxable in all cases. Receiving branch of such transaction may take input credit for the same.

5. Stock transfers to branches/consignment agents within the State:

Presently, treatment of these transactions varies from State to State. However, under GST, these transfers may also be subject to tax, unless the BIN of transferor and transferee is same.

Example:- If a dealer is transferring any goods or service from one branch to other branch in the same State having the same BIN (Business Identification Number), the Dealer will not be liable to pay GST on such transaction.

6. Industries will have to redesign their business procurement models to optimize tax outgo.

7. GST will be based on HSN. It will reduce the interpretational issues in respect of class of commodities.

8. All Companies/ Industries need to upgrade their Accounting and Tax software. Mostly companies have complicated software like SAP etc. To upgrade and customize the same will be a big challenge to the software companies. Huge Cost to begin with continuous training and development of people at each level and continuous updation of all operating system.

9. Training will be required to the staff members of the business community, both at senior level and also at junior level. Further, the scope of such training should be extended to the marketing personnel, apart from accountants and legal department.

10. Presently most of companies/industries have separate consultants for Excise Duty, Service Tax and VAT. With the merger of all three major taxes, only a single consultant will be required who can handle their GST matters.

11. Under the proposed GST regime, GST will be levied on MRP even supplier isallowing discount to customer . So customer will have to pay tax on MRP not on Net Rate as came after discount.