How GST council decision will impact our restaurant bill? 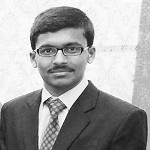 
In this article we are going to see the changes in tax rates of Restaurants and impact of the same on our food bills i.e., moreover on our Stomachs.

The GST Council in its 23rd Meeting held at Guwahati on 10th of November, 2017  recommended key changes in Tax rates and one of the most important one is cutoff in tax rates on Restaurants and CBEC also issued the notifications for the same  to give effect to the revised rates from 15th of November, 2017.

The Council recommended the following changes in terms of tax rate:

How Council decisions will impact our Restaurant Bills?

To know whether council decision is in favour of customers or not we should know the GST rates before 15th of November,2017 and the rates are as follows:

To recap, the GST Council slashed rates on restaurants to a flat 5% from the previous 12% and 18% for Non-AC and AC Restaurants respectively, But at the same time, it decided to take away the benefit of Input tax credit.

'Since they (restaurants) did not pass on the benefit they are not entitled to the benefit (any longer)', Finance Minister Arun Jaitley.

Abhishek & Vishwanth went to a Dominos Pizza Air-conditioned Restaurant on 11th of November,2017  and eaten two pizza’s of Rs.150 each costs to total of Rs.300 and applicable tax rate is 18% (9% CGST + 9% SGST ) and the billing was done by the restaurant as follows:

Abhishek & Vishwanth went to a Dominos Pizza Air-conditioned Restaurant on 15th of November,2017  and eaten two pizza’s of Rs.150 each costs to total of Rs.300 and applicable tax rate is 5% (2.5% CGST + 2.5% SGST ) and the billing was done by the restaurant as follows:

Here, if we see in the above examples they saved amount of Rs.39/-

Thus I can fairly conclude that new GST rates will bring reason to rejoice customers and it makes common mans plate more affordable.

This is charged by the restaurant for the services rendered to you. Since the amount is not a tax and goes to the restaurant, there are no guidelines provided by the tax authority and restaurants used to charge 5% to 20% on the value of the bill. But it is important to note that Service charge is NOT MANDATORY and decision lies with the customer customer whether to pay it or not. And GST will be levied separately on Service Charge.

Collection of service charge from customers by Hotels and restaurants is against law and consumer can complaint to Consumer Forum through online and recently Government established a cell to monitor consumer complaints, if you come across any such case you can dial-up to CBEC toll free number 1800225900 and your compliant will be registered.

Whether GST included in MRP or not?

The answer is Yes, The government has made it clear that the MRP is the maximum price of a product to be sold in retail . GST includes in the MRP and you are not liable to pay even single paise extra over and above MRP even for water bottles, Cool drinks etc., at restaurants.

In my next article, I will explain about where to compliant and how to complaint in case of violation of laws like charging of GST Over and above MRP,  Compulsory levying of Service Charge by restaurants, in a step-by-step procedure.

The author can also be reached at cavinayreddy@icai.org

Disclaimer: The views expressed in this article are solely those of the author and do not criticize anyone intentionally in general or particular.


Category GST, Other Articles by - B Vinay Reddy