History of Indian Coins and Coinage 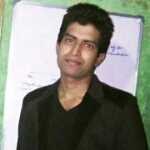 The word "rupee" originates from the Sanskrit word “raupya” meaning "silver" or "made of silver". Many Indian languages like Telugu, Tamil, Kannada, Tulu, Malayalam, Gujarati, and Hindi etc. use this root word “raupya”. However, in West Bengal, Tripura, Mizoram, Orissa, and Assam, the Indian rupee is officially known by name “Tanka” a word of Sanskrit which means money.

The history of the Indian rupee traces back to Ancient India in circa 6th century BCE, ancient India was one of the earliest issuers of coins in the world, along with the Chinese wen and Lydian staters. The first "rupee" in form of silver coin had been introduced by Afghan king Sher Shah Suri. At that time, 40 copper pieces were equal to one rupee. Originally “rupaya” was made up of silver having a weight of about 11.34 grams. Even during the British rule, the silver rupee continued. Throughout its history, coins and the monetary system has seen ups and downs. Due to such an early introduction of the coin, the monetary units have seen a fantastic history and gone through many changes under different rulers in pre-Independence era as well as in free India. These changing periods of coins is technically called as "Coinage".