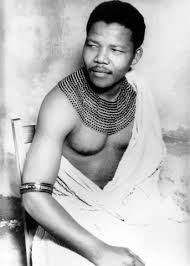 Mr Mandela inspired South Africans to fight against apartheid and the world population to strive for equality. He led a life of meaning and broke all the chains that imprisoned him and his community. To free his people, he walked over landmines, made prison his political playground and sacrificed his personal life. In his own words –

“It was this desire for the freedom of my people to live their lives with dignity and self-respect that animated my life, that transformed a frightened young man into a bold one, that drove a law-abiding attorney to become a criminal, that turned a family-loving husband into a man without a home, that forced a life-loving man to live like a monk. I am no more virtuous or self-sacrificing than the next man, but I found that I could not even enjoy the poor and limited freedoms I was allowed when I knew my people were not free.”

His life message is clear –  Life is not about whether one lived on bed of roses. It is about how one plucked all the thorns that were hurting and cleared the road ahead for others.

There are very few leaders of his calibre in the world. His autobiography – Long Road to Freedom – draws the essence of the man and his guiding principles.

1) Privileges by bloodline – I maintain that nurture, rather than nature, is the primary mould of personality

As a child Mr. Mandela was neither the most intelligent or talented in his school. He was average in studies, sports and arts. As a young man he initially didn’t understand the magnitude of racial discrimination and wished just to have a job to support his family. Though he belonged to an esteemed South African family, he realized that wasn’t sufficient. As he said –

“No one knew or even cared that I was a descendant of the illustrious Ngubengcuka. The boarding master received me without a blowing of trumpets and my fellow students did not bow and scrape before me. At Clarkebury, plenty of the boys had distinguished lineages, and I was no longer unique. This was an important lesson, for I suspect I was a bit stuck up in those days. I quickly realized that I had to make my way on the basis of my ability, not my heritage. Most of my classmates could outrun me on the playing field and outthink me in the classroom, and I had a good deal of catching up to do.”

His commitment to the political cause grew over time. He learnt the ropes from his mentors and colleagues. He became a great leader after many trial and errors, failed miserably repeatedly and continued on the journey. His choices made him a great leader. Leaders grow and mature. They are not born.

2) Leadership – A leader is like a shepherd. He stays behind the flock, letting the most nimble go out ahead, whereupon the others follow, not realizing that all along they are being directed from behind

Mr Mandela learnt that leader has to be like a shepherd when he attended his regent’s gatherings as a child. He realized that in the  tribal hearings, after explaining the nature of the meeting, the chief listened to everyone and didn’t utter a word.  Some speakers vocally disagreed with him and criticized him, but still their views were valued. Consensus approach was followed and the minority concerns weren’t overlooked in favour of the majority.

He said – “A minority was not to be crushed by majority.” He displayed these principles throughout his leadership. During the freedom struggle he formed alliances with the communists and Indians. On obtaining freedom, he assured the fights that he didn’t want them to take to the sea. They would retain their place and rights in South Africa. They had nothing to be scared of. South Africa was for all people who lived there -white and black.

3) Dealing with the enemy – Even as a boy, I defeated my opponents without dishonouring them.

Nelson Mandela maintained the dignity of his opponents even while they humiliated him at every turn. He learnt the lesson in childhood when he attempted to ride a donkey in front of his friends. The donkey threw him off, he became the butt of the jokes of his friends and lost face. When he regained his freedom after 27 years of captivity, he didn’t hate the white people, he hated the system which dehumanized people. His deep understanding of human nature is narrated below:

“Freedom is indivisible; the chains on any one of my people were the chains on all of them, the chains on all of my people were the chains on me. It was during those long and lonely years that my hunger for the freedom of my own people became a hunger for the freedom of all people, white and black. I knew as well as I knew anything that the oppressor must be liberated just as surely as the oppressed. A man who takes away another man’s freedom is a prisoner of hatred, he is locked behind the bars of prejudice and narrow-mindedness. I am not truly free if I am taking away someone else’s freedom, just as surely as I am not free when my freedom is taken from me. The oppressed and the oppressor alike are robbed of their humanity.”

4) Impact of inequality – It was not lack of ability that limited my people, but lack of opportunity.

Around the world, inequalities in income have resulted in the poor and underprivileged struggling for food, clothing, shelter and an education. The blacks were denied fundamental human rights that even took away the option to dream of a glorious life.  His poignant words describe the plight of the people:

Unfortunately, nearly 25% of the world population still is in dire straits because money measures the success of a man. A skyscraper built in a man’s name makes him feel on the top of the world when he just needs to lie on the grass at night and see the stars shining brightly in the sky.

5) Moral Dilemmas — I thought what I was doing was morally right, I was still uncertain as to whether it was the correct.

A unique attribute of Mr. Mandela’s personality is that he often questioned himself whether he was taking the right decision. He saw both sides of the coin and realized that sometimes there were no easy answers.

One such instance was in his college life. He was on night watch to see that other students followed the rules. However, he saw another student who had similar responsibilities misusing his privileges. He then thought – Quis custodiet ipsos custodes?” (Who will guard the guardians themselves?). He wondered whether it was right to report the other students when the one in authority was misusing his?  In another situation he was putting his life on the line and he questioned himself –

“Was I sabotaging my academic career over an abstract moral principle that mattered very little? I found it difficult to swallow the idea that I would sacrifice what I regarded as my obligation to the students for my own selfish interests. I had taken a stand, and I did not want to appear to be a fraud in the eyes of my fellow students. At the same time, I did not want to throw away my career at Fort Hare.”

6) Love and family – I do not mean to suggest that the freedom struggle is of a higher moral order than taking care of one’s family. It is not; they are merely different.

Another aspect that he continually questioned was whether he was right in sacrificing his family obligations for the freedom of South African people.

“I wondered — not for the first time — whether one was ever justified in neglecting the welfare of one’s own family in order to fight for the welfare of others. Can there be anything more important than looking after one’s aging mother? Is politics merely a pretext for shirking one’s responsibilities, an excuse for not being able to provide in the way one wanted?”

Mr. Mandela gave up the joy of living at his home with his wife and children. He never saw his children grow up. He became the father of the nation without being able to enjoy the simple pleasure of being a father to his children. 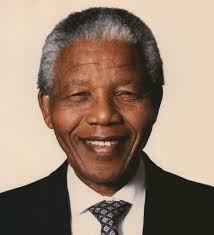 I think all of us wonder how a person can live 27 years in prison, face indignities and humiliations and come out of it with such a remarkable and generous spirit. So I am closing with his inspiring words:

“I never lost hope that this great transformation would occur. Not only because of the great heroes I have already cited, but because of the courage of the ordinary men and women of my country. I always knew that deep down in every human heart, there is mercy and generosity. No one is born hating another person because of the color of his skin, or his background, or his religion. People must learn to hate, and if they can learn to hate, they can be taught to love, for love comes more naturally to the human heart than its opposite. Even in the grimmest times in prison, when my comrades and I were pushed to our limits, I would see a glimmer of humanity in one of the guards, perhaps just for a second, but it was enough to reassure me and keep me going. Man’s goodness is a flame that can be hidden but never extinguished.”

Author: Sonia Jaspal is a chartered accountant and certified internal auditor with +15 years of experience in risk management and corporate governance. She blogs at Sonia Jaspal's RiskBoard (http://soniajaspal.wordpress.com)


Category Others, Other Articles by - Sonia Jaspal

PLI scheme for the Pharmaceutical Sector

All about Postal Ballot