Guidelines and motivation to handle the preparatory stage of CA exams 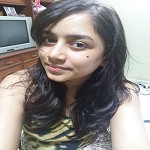 This article is basically aimed to motivate and instil positive energy in the minds of CA Students appearing for the upcoming examinations and for those who are in their examination preparatory stage. This covers almost all the points a student needs to consider while planning his/her study timetable and various other aspects. Attempt has been made to cover various points for the students who are not appearing for their examinations for the first time as they need more motivation to get out of the Failure tag. Also, examples of famous personalities who emerged out of the adverse and difficult conditions in their life has been included.

Preparatory stage for the CA Examinations - Some guidelines and motivation

I have met a lot of lovely people who have given a lots of attempts and then cleared their exams. So, completely their fault, huh? No, it was their choice and again, nothing wrong with it. They could not prepare themselves to attempt a question paper in such a way that they can score the requisite marks and it's understandable that the reasons can be beyond their control as well (maybe they had a financial condition or insufficient guidance and support or a health issue or a failed relationship to deal with - can be anything you may not guess or the person may not say). Hence being judgmental to your colleague who cleared after a few attempts is very wrong and illogical.

On the other hand, I have seen people who have cleared in later attempts having a low self-esteem. Why, you have put in equal hard work to pass (perhaps more at times) than a student who cleared in the first attempt. So, it's really important that you be extremely proud of your achievements because only you know what it took to reach there.

There is a set of people who believe that it is not okay to clear their CA Examinations along with any damage done to their health. These are the people who will not let their study timetable affect their sleep/food and workout schedule beyond a particular limit (a rare category but I am glad and proud to be a part of this). There is also another set of people who are highly active socially and cannot reduce their interactions beyond a certain limit because that is how they are designed to behave with their given level of emotional quotient. If such category of people reduce their human interactions and social plans tremendously, they will sooner or later realize that it is not going to influence their exam preparations positively. The third category of students, who prefer the option with financial considerations are generally people who prioritize their financial stability over the degree maybe due to their long term goals or social, economic and family background. There is nothing wrong in having any order of your priorities but if you are enforcing anything otherwise, then remember is going to completely play havoc sooner or later. Another thing is your priority list affects the level of passion and determination with which you prepare yourself and give your examinations. One must understand that the time of success depends on the priority list you executed, along with many other factors.

While giving your examinations always ensure you have all the positivity needed. There is nothing in this world that you cannot do. Let us see some examples of great people who will surely influence your level of positivity-

Oprah Winfrey - Being the first African-American woman to become a billionaire in American history, she is the highest paid entertainer in the world with her talk show being the highest rated television program and her struggle? -  Born in poverty, unmarried parents separated soon after she was born, raised by her grandmother in terrible conditions, at nine she was raped by her nineteen year old cousin who was babysitting her, sexually abused by her cousin, a family friend, her mother's boyfriend, and her uncle, she was impregnated at the age of 14 and has been dealing with repeated dramatic weight loss and gain. I cannot think of the mental strength this great lady possess and has built over her life. Nothing can defeat her ever! In her words - “There is no such thing as failure. Failure is just life trying to move us in another direction.”

Steve Jobs - He was undoubtedly an iconic inventor and entrepreneur and the face of the most renowned brand 'Apple'. Not many people know that  Steve Jobs was put up for adoption by his parents Jobs had difficulty functioning in a traditional classroom, tended to resist authority figures, frequently misbehaved and was suspended a few times. He dropped out of college and rather started taking up courses that interested him. Jobs founded Apple, however, he was made to quit his own company midway and restart with a new business venture.

J. K. Rowling - Who doesn't know her! A British novelist and writer of the best-selling book series in history - The Harry Potter series. The series have achieved a sales of more than 400 million copies. Her home life was complicated by her mother's illness and a strained relationship with her father, with whom she is not on speaking terms. She was diagnosed with clinical depression and contemplated suicide, dealt with the death of her mother, birth of her first child, divorce from her first husband and relative poverty until the first novel in the series was published.

Thomas Edison - He is described as America's greatest inventor. He has hundreds of patents on his name and the most famous invention of electric light bulb. Edison only attended school for a few months and was instead taught by his mother and his reading habits. Thomas Edison's teachers said he was "too stupid to learn anything." He was fired from his first two jobs for being "non-productive."

Apart from the above examples, yourself shall find hundreds and thousands of success stories, not only on Google, but also in people around you, take the right inspiration from them. Everyone has to deal with their own share of struggles to achieve something. These struggles may be in your personal life or economic conditions or at your workplaces. Nothing like success ever comes free of cost!

In the end, I want to say one thing, if you are true and loyal to your dreams, you would achieve them. When you dream for a grand success, be prepared to win it with all your hard work. Act such, that you will never repent your past actions. Focus on being a person of high values and spread positivity around, wherever you go.

You have got this one life, be thankful for it and make sure you live it fully. All the best for those appearing in the upcoming examinations! I am sure you will definitely find your way to success.

The author can also be reached at amrutashevde3@gmail.com.