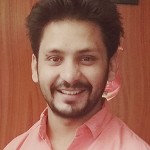 Ever since GST came into prominence with effect from 1st July, 2017, there were several anticipations for the GST audit and its reconciliation with the annual return, including linkage of the same with the erstwhile VAT regime or the Income Tax Return/Tax Audit Report. Some of the additions in the Tax Audit Reportwerealso opined and notified by the Government,so that the payments made under GST regime commensurate with the Income Tax& Account Books such as reconciliations in respect of turnover, expenditures incurred, ITC availed, etc., however the same has been kept in abeyance till 31st March, 2019 for the very reason of it being burdensome for the companies to compile the enhanced requirements for tax audit post the close of the accounting period and statutory audits. However amidst all such skepticism, the Government has recently introduced and notified the much-awaited GST twin-compliance forms viz, GST Annual Return (Form GSTR-9) and GST Audit/Reconciliation and Certification (Form GSTR-9C) for the Financial Year 2017-18, both of which stands due on December 31st, 2018. Alike the erstwhile taxation regime, the backdrop of GST also focuses on better tax governance and as a result, the concept of GST audit by professionals is in picture in addition to other recurring and routine audits, as required by the statute. The GST audit in itself is more comprehensive and peculiar in nature with a number of compliances which are required to be adhered to. Therefore, the professionals have to deal with caution while undergoing the GST audit and at the same time, the taxpayers are expected to comprehend the peculiarity of the new compliances for the success of the contemporary regime. However, for the purpose of GST Audit, it is of utmost importance that the annual return is filed with due diligence and prudence.

In the present article, we will analyze the Annual Return in depth to ensure better compliance and understand the essence of the Form as notified by the Council by virtue of Notification No. 39/2018-CT dated 04.09.2018.

As per section 44(1) of the CGST Act, 2018, every registered person, other than an Input Service Distributor, a person paying tax under section 51 or section 52, a casual taxable person and a non-resident taxable person, shall furnish an annual return for every financial year electronically in such form and manner as may be prescribed on or before the thirty-first day of December following the end of such financial year.

From this it can reasonably be implied that barring the following persons/taxpayers, all the taxpayers are required to file the Annual Return:

The forms w.r.t Annual Return as notified by the Council is based on certain category of the taxpayers which is denoted as under:

As envisaged above, the Annual Return under GST stands due on or before December, 31st of the subsequent Financial Year. For the current Financial Year, the due date for filing the Annual Return is 31st December, 2018. However, in case the deadline is not met due to any exigencies, the law has prescribed the penalty for late filing in such scenario.  The late fees is Rs. 100 per day per act up to a maximum of an amount calculated at a quarter percent of the taxpayer turnover in the state or union territory.  However, IGST Act does not prescribe any late fees or penalty, therefore as per the general understanding and interpretation of law, it can be stated that the late fees shall be equal to Rs. 200 in total i.e. Rs. 100 under CGST Act and Rs. 100 under SGST Act for each day of default that prevails in not adhering to the deadline. Further, it is pertinent to note that the maximum fees that can be levied shall not exceed 0.25% of the total turnover in the respective state or union territory.

As per the functionality of other returns prescribed under the Act, the Annual Return also, does not come with the option to revise, and hence, to connote, the Annual Return is a one-shot summarized return of consolidated figures for a particular Financial Year, with no recourse for revision. Therefore, the Annual Return is required to be dealt with utmost skepticism for the very reason that the same is the consolidated return based on the figures already stated in the erstwhile returns filed under this Act and will be cited by various stakeholders including auditors-both external and internal, tax authorities, etc. for taking reference in their dealings in matters relating to tax governance.

The part-wise analysis of some of the important contents which has to be carefully dealt with along with peculiarities involved as prescribed in GSTR-9 (Annual Return) are tabulated as under:

From the aforesaid analysis, it is evident that GSTR-9 format i.e. Annual Return has ambiguities and interpretational issues which requires an overall insight before stating the same in the said return simply because, the format mandates new and vivid details which are not reasonably maintained by a common taxpayer and thus the compilation of the same is a time-consuming exercise. Further, it also clarifies the fact that any additional liability arising out of error/omission in GSTR-1 and GSTR-3B cannot be corrected/ rectified in the Annual Return and the same ought to have been corrected in the return for the month of September 2018. Thus, all the details which are required to be incorporated in the Annual Return would have its origin from GSTR-1 and GSTR-3B and hence, there remains no scope to compensate any inadvertent error that might have occur at the time of filing of returns.