Glimpse on The Banning of Unregulated Deposit Schemes Ordinance, 2019 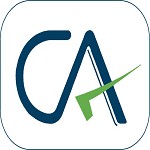 
With effect from 21st February, 2019 - Government of India has brought banned on Unregulated Deposit Schemes. This article is glimpse of provisions of this Ordinance and focuses majorly on its implications on Individuals and Small Businesses.

What is Unregulated Deposit Schemes?

As per Sec 2(17), Unregulated Deposit Schemes means Schemes or arrangement under which deposits are accepted or solicited by any deposit taker by way of business and which is not a regulated deposit scheme, as specified under Column (3) of the First Schedule.

Therefore, this Ordinance applies only to those Deposit takers who are in business of taking or accepting deposits and which are not regulated.

In my opinion, those individual and small businesses whose business is NOT of taking or accepting deposits shall be out of purview of this Act.

What is Regulated Deposit Schemes?

Regulated deposits schemes are specified under column (3) of the First Schedule to this Ordinance.

In general, this are the schemes which are regulated by SEBI, RBI, IRDA, State Government or Union Territory government, National Housing Bank, Pension Fund Regulatory and Development Authority, EPFO, Central Registrar, Multistate Cooperative Societies, Ministry of Corporate Affairs (MCA) and such other scheme as notified by central government or registered with any regulatory body established under a statute.

What is Deposits under this Ordinance ?

As per Sec 2(4), deposits means an amount of money received by way of advance or loan or an in any other form, by any deposit taker with a promise to return whether after a specified period or otherwise, either in cash or in kind or in form of specified service, with or without any benefit in form of interest, bonus, profit or in any other form.

What are receipts which shall NOT be treated as Deposits ?

Sec 2(4) of this Ordinance also provides for exclusion to definition of Deposits.

Following receipts shall not be treated as Deposits :

5. Capital contributions by partners of partnership firm or a LLP;

Relatives for the purpose of this ordinance means relatives as per Companies Act, 2013 and which are as follows :

7. Credit received by a buyer from a seller on sale of moveable or immovable property;

8. Amounts received by asset re-construction company registered with the RBI;

9. Any deposit made or amount accepted by political parties under the Representation  of the People Act, 1951;

10. Payment received from the members of self-help groups within the ceiling prescribed by State Government or Union Territory Government;

Who is Deposit Taker under this Ordinance ?

Other persons on whom this Ordinance shall apply ?