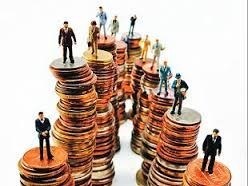 Now in this article (Part-II), I am going to discuss about the Issue of shares on preferential basis.

A company having a share capital may issue further shares to any persons, if it is authorised by a special resolution,, either for cash or for a consideration other than cash, if the price of such shares is determined by the valuation report of a registered valuer subject to such conditions as  prescribed under Rule 13 of the Companies (Share Capital and Debentures)Rules,2014

Issue of Shares on Preferential basis:

For the purposes of section 62(1)(c), if authorized by a special resolution passed in a general meeting, shares may be issued by any company in any manner whatsoever including by way of a preferential offer, and such issue on preferential basis should also comply with conditions laid down in section 42 of the Act.(Private Placement)

The price of shares to be issued on a preferential basis by a listed company shall not be required to be determined by the valuation report of a registered valuer.

Preferential offer of shares or other securities:

The issue is authorized by its articles of association;

The issue has been authorized by a special resolution of the members;

The securities allotted by way of preferential offer shall be made fully paid up at the time of their allotment.

The company shall make the following disclosures in the explanatory statement to be annexed to the notice of the general meeting pursuant to section 102 of the Act:

(i) the objects of the issue;

(ii) the total number of shares or other securities to be issued;

(iii) the price or price band at/within which the allotment is proposed;

(iv) basis on which the price has been arrived at along with report of the registered valuer;

(v) relevant date with reference to which the price has been arrived at;

(vi) the class or classes of persons to whom the allotment is proposed to be made;

(vii) intention of promoters, directors or KMP to subscribe to the offer;

(viii) the proposed time within which the allotment shall be completed;

(ix) the names of the proposed allottees and the percentage of post preferential offer capital that may be held by them;

(x) the change in control, if any, in the company that would occur consequent to the preferential offer;

(xi) the number of persons to whom allotment on preferential basis have already been made during the year, in terms of number of securities as well as price;

(xii) the justification for the allotment proposed to be made for consideration other than cash together with valuation report of the registered valuer.

The price of the shares or other securities to be issued on a preferential basis, either for cash or for consideration other than cash, shall be determined on the basis of valuation report of a registered valuer.

If convertible securities are offered on a preferential basis with an option to apply for and get equity shares allotted, the price of the resultant shares shall be determined beforehand on the basis of a valuation report of a registered valuer and also complied with the provisions of section 62 of the Act.

Preferential offer for consideration other than cash: