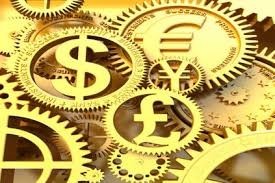 Many of us afraid of Forex topic, I don't know why, but believe me it is one of the simple topic. Entire forex (at Final level) topic can be solved without using formula i.e by simple logics. You guys might be thinking that what rubbish I am talking but its true.

First, let us start with basics of forex then we will proceed with at advance level.

Currency is a legal tender of any country within its national frontiers.

* Currency may be quoted in market in 2 ways,

Now, What does exactly means Direct and Indirect Quote ?

* Base Currency and Incidental Currency:

What is Base Currency and What is Incidental Currency ?

--> To understand base and incidental currency lets have some look up for understanding purpose.

In commodity market we buy or sell commodity in exchange of currency, but in case of currency market 2 currencies are involved then it becomes very important to know which currency is bought and sold.

Currency which is BOUGHT and SOLD is called as Base Currency and Other currency is called as Incidental Currency.

In this case, there is trading of $, $ is being bought and sold inexchange of Rs hence, $ is base currency and Rs is incidental currency.

1$ = DEM 10, in the given case tell me home currency and foreign currency ?

Now, the same question can be easily solved by using Base and Incidental currency. Though I am in India, I can say that $ is Base currency and DEM is incidental currency. See, there is no confusion while solving problem. (I hope you guys are getting what I am trying to clarify you).

This is a two way quote. This quote is given by market. Think from market's point of view. Market will buy currency (i.e. $) at Rs 60 whereas the same currency ($) will be sold at Rs 62 by market. (It is a same concept of trading i.e. business).

Now, in this tell me which is base currency and which is incidental currency ?

---> Guys, here $ is base currency and Rs is Incidental currency.

Guys today we will stop here, I hope you guys will get some knowledge from this. Next time I will start with some other concepts of FOREX. If you have any query please do ask me without any hesitation and I will surely try to solve your problem. You can ask me your queries at siddharthbumb@gmail.com

Thank You so much for your patience while reading.