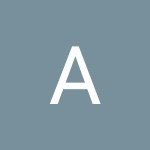 
Forensic Audit has become so familiar now days, isn't it?

There is a sudden spurt in demand for Chartered Accountants with skills to do forensic audit with regulators announcing plans to probe stressed companies for any financial fraud.

What is Forensic Audit?

• The Word 'Forensic' means suitable for use in court of law.

• This means that Forensic Audit is an Examination of Company's Financial Record Which helps to derive evidence and can be produced in court of law or can be used for legal proceedings.

• Forensic Audit is also conducted to prosecute party for Fraud, to determine Negligence and for other Financial Claims.

• As of now, it has taken up an important role in both public and private organisations, especially in advanced economies.

Forensic Auditors do not differ from other financial accountants. However, they possess special skills to detect fraud, and ways to document it. Their role goes beyond just looking into statements and includes investigation, bringing out evidence, writing reports, understanding the legal scope of the evidence, and ways to prove it in court.

Not all CAs are equipped to conduct a forensic audit, as it is a specialised field within accountancy, requiring a distinct skill-set.

Moreover, a forensic auditor also plays a crucial role in the court proceedings and is often called on to given expert testimony on issues and questions which may not also be easily answerable by a CA. Thus, becoming a forensic auditor requires expert training, to that point that there are specialised courses and degrees available in this regard.

- Pressure provides motivation to perpetrate Fraud.
- It can be a Short-Term/ Long-Term Pressure.
- It can also arise in case of Job dis-satisfaction, Financial Crisis or even because of greediness.
- Incentives such as Maintaining Reputation, Any Acquisition Deals may also be the reasons for committing Fraud.
- Such Pressures are accepted as the worst kind of factors motivating Fraud.

- It is Justification of dishonest intentions.
- It is just the defense mechanism of fraudsters in order to justify their actions.
- For Eg:- Even if embezzlement of cash is done, it will be justified in a way that he/she had taken money for good purpose or he/she was not aware that doing such kinds of activity amounts to crime.

- It is an ability to commit Fraud.
- The Internal Control System and Fraud has inverse collection. If the Internal controls are strong, scope of committing Frauds will reduce.
- Factors that contribute for providing opportunity to commit fraud may be due to:-

After Considering the above Factors, one can conclude that it is difficult for an organization to control the Pressure and Rationalisation Sides of Fraud Triangle, but the Opportunity Side can be controlled by:-

1. Reserve Bank of India - The Reserve Bank of India has made forensic audits mandatory for large advances and restructuring of accounts. RBI has also come up with the concept of creating a ‘forensic audit pool. It was seen that such a step could pave way for Banks to investigate instances of high-value frauds is that banks can quickly take appropriate action, including fixing staff accountability, lodge complaints with law enforcement agencies, and invoke penal measures, such as debarring fraudulent borrowers from availing bank finance or raising funds from capital markets.

2. Enforcement Directorate (ED) - The ED along with the Serious Fraud Investigation Office has increasingly depicted the need for and importance of forensic audits following the rise in money laundering and willful default cases that are plaguing the banking system. The recent probe into the Vijay Mallya PMLA case by the ED to conduct forensic audits is a stunning example in this regard.

Role of Forensic Audit to prevent generation of NPAs in Bank

NPA refers to a classification for loans on the books of financial institutions that are in default or are in arrears on scheduled payments of principal or interest.

To deal with NPAs, the banks are always expected to bring about change in their policies to stop classification of NPAs, by restructuring the loans. However, a proactive role that a bank can play in this regard is to conduct forensic audits on loan-taking entities to ensure the security of payment. This may be the only effective way to discover financial discrepancies at the time of giving a loan, and throughout the period of repayment. This is also a safety-net that is available to banks.

Let’s consider suspected fraud by an employee. This is a very common form of fraud, often committed by the employee that has been given considerable trust over the years. Such an employee usually knows which parts of the control system are vulnerable and can exploit those vulnerabilities. When a fraud is suspected, assume that the employee could have evidence on his or her computer.

In such a case, separate the employee from the computer immediately and do not shut down the computer. Instead, pull the plug from the back of the computer. During the shutdown process, many files are changed. If the suspect’s computer is running, it is best to leave the computer on until a forensic accountant can be brought in to assess the problem. If the employee has a company-provided cell phone, confiscate it immediately before data can be removed as today's smart phones are capable of enormous data storage, so consider the cell phone to be as much a source of evidence as a desktop or laptop computer.

Technology is a great enabler of fraud, so be sure that Forensic Accountant is skilled not only in overall forensic theory, but also in the technology of fraud.