Exemption from KKC where invoice raised and services completed prior to 01.06.2016 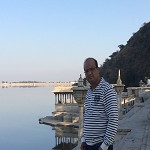 From reading of above notification it is now clear that, no KKC shall be payable in cases where the following two conditions satisfied :

Now as per this clarification the concern of the industry that KKC shall be levied on the opening debtors i.e. remaining unpaid as on 31.03.2016 and if service completed but payment released after 1st june 2016, has been duly answered and no KKC shall be levied on such amounts. Though the notification is effective from 23.6.2016, payments of opening debtors as received between 01.6.2016 and 22.6.2016 can still be a cause of litigation

It is also important to mention that the provision of service should be completed in total and no relief in terms of proportionate completion is mentioned in the notification.

Thus, the levy of KKC can be explained as under:

The author can also be reached at caparasjain@gmail.com