Exceptions to the rule of 'Income of P.Y. is taxable in A.Y.' 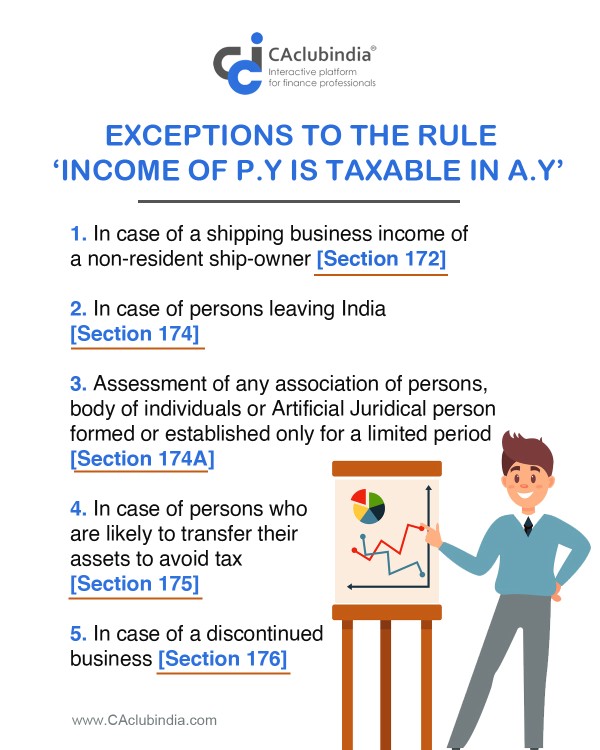 In case where a non-resident shipping company earns income by carrying passengers, livestock, mail or goods loaded from any Indian port and the company has no representative in India, such ship will have to pay tax on such income or alternative arrangements to pay tax are made before leaving the port.  This income is to be assessed at the current year's tax rates.

A return of such income will be required to be furnished by the master of the ship to the Assessing Officer before the ship leaves port. However, there is a provision to furnish return within 30 days of the departure of the ship from Indian port if the Assessing Officer is satisfied that it is not possible to submit such return before the departure of the ship and satisfactory arrangements have been made for the same and payment of tax by any other person.

A port clearance certificate shall not be issued to the ship until the Collector of Customs or other officer duly authorised to grant the same is satisfied that tax has been duly paid or that satisfactory arrangements have been made for the payment of tax and filing of return within 30 days of the departure of such ship. 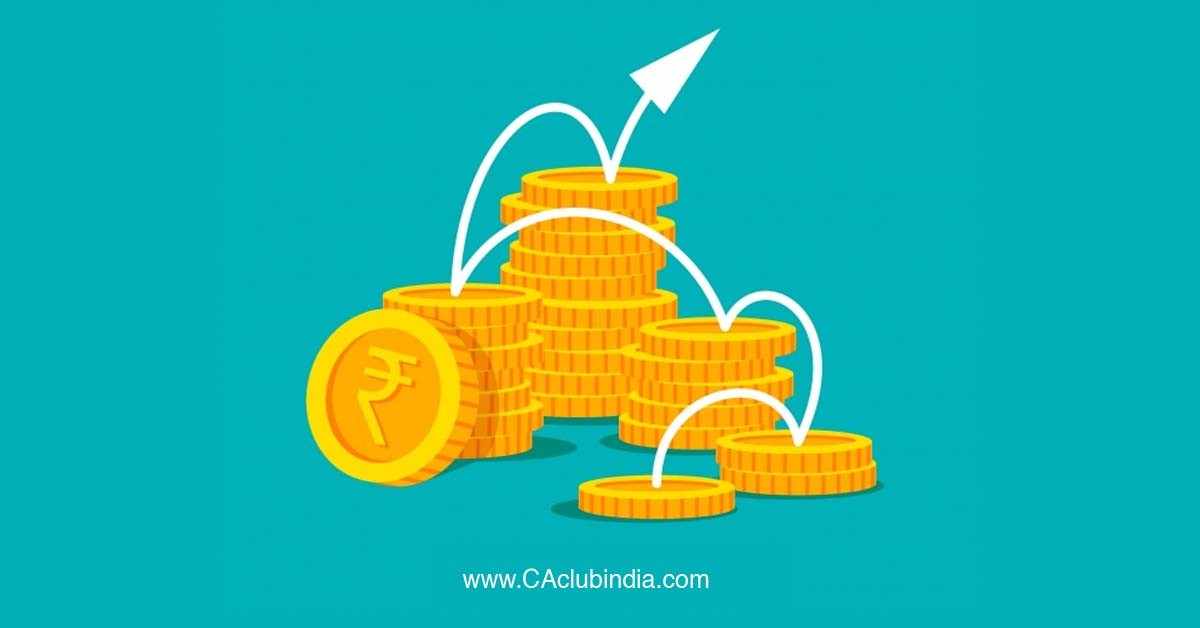 3. Assessment of any association of persons, body of individuals or Artificial Juridical person formed or established only for a limited period [Section 174A]

In case any association of persons, body of individuals or Artificial Juridical person has been formed or established only for a limited period or for a particular event and an Assessing Officer finds that it is likely to be dissolved or discontinued in the same year after the accomplishment of such event or purpose, the assessment of such person can be made in same year.

4. In case of persons who are likely to transfer their assets to avoid tax [Section 175]

Sometimes a person transfers his asset to another person to reduce his tax liability. In case the Income Tax Officer has the reasons to believe that a person is likely to sell, transfer, dispose of or to part with any of his assets with the intention to avoid payment of any tax liability, he may commence proceeding to assess the income for the period between the expiry of last previous year and the date of commencement of such proceedings.

5. In case of discontinued business [Section 176]

A business or profession may be discontinued during an assessment year. In such cases the income of the period from the expiry of last previous year till the date of discontinuation may be assessed to tax in the current assessment year at the discretion of the assessing officer.

What are Bridge Jobs?

Sec 35AD: Deduction in respect of capital expenditure incurred on setting up of a specified business