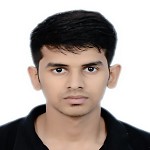 Prime Minister Narendra Modi had stated in September 2017 that our 50-year-old income tax law needs to be re-drafted and a new Direct Tax Code (DTC) needs to be introduced in 'consonance with economic needs of the country'. As the government has overhauled the existing indirect tax system last year by implementing Goods and Services Tax (GST), tax reforms would remain incomplete without revamping country’s direct tax system.

The new DTC is being developed keeping in mind the international best practices, the economic needs of our country and the taxation systems prevalent in various countries.

Finance ministry had constituted a Taskforce in November 2017 which is headed by Arbind Modi, who is a member of CBDT and consists of industry experts like Girish Ahuja, non-official director of State Bank of India and Chartered Accountant, Rajiv Memani, Chairman and Regional Managing Partner, EY, Mukesh Patel, a tax advocate, Mansi Kedia, a consultant of ICRIER and retired Indian Revenue Service officer G.C. Srivastava. The Chief economic advisor to the Finance Ministry, Mr. Arvind Subramanium, will also be a permanent Special Invitee in the Task Force.

Some of the key features which were expected in the new Direct Tax Code like introduction of General Anti Avoidance Rules (GAAR), Place of Effective Management (POEM) rule and removal of profit-linked deductions have already been announced and implemented under the Existing Income Tax Act, 1961.

a) Simplification of law and decluttering of redundant provisions

The existing Income-tax Act is more than half a century old and has incorporated thousands of amendments over the years. The new law will do away with past baggage and make the law relevant to the current business environment. The new code would be simple and free of redundant provisions.

b) Expansion of the tax base

Globally, governments are racing to woo investments and boost job creation by offering lower corporate tax rates.New direct tax code will take forward the plan to lower the corporate tax rate from 30% to 25% for all companies gradually as the revenue collection improves. Benefit of rate of 25% has already been introduced for companies with annual sales upto Rs 250 crores.

d) Reduction in no. of Litigation

The provisions of the Income Tax Act have been a subject matter of extensive litigation, which has led to complexity in the interpretation. A new law, without a baggage of past jurisprudence, would be simpler to interpret and is expected to reduce litigation.

As of now, there seems to be very low possibility of the new code being introduced before the 2019 Lok Sabha elections.

The task force which was initially given six months by the Government to develop the code, has now been granted extension of three more months. Also, once the draft direct tax code is submitted by the panel to the government, it will be examined by the Centre’s top leadership, and then placed in public domain for feedback. Only after an extensive process of feedback and consultation with stakeholders is undertaken, will the draft law be taken to Parliament for approval.

The Parliamentary approval will ultimately make the draft tax policy proposals into a law. By the time, all these consultations and approvals are obtained and all required changes are incorporated, it may be time for the 2019 general elections.

Besides, a new direct tax code will likely involve change in rates and slabs that will require amendments in the Finance Bill, which will unlikely happen in an election year when an outgoing government presents only an interim budget (vote on account) 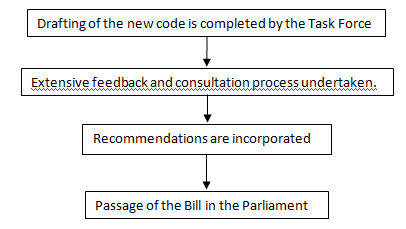