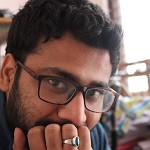 
Way bill is a physical or electronic document that allows movement of goods, which can be obtained either manually or online.

The Rules for implementation of nationwide e-way bill system for inter-state movement of goods will be notified w.e.f 1st February, 2018. 'But in any case uniform system of e-way bill for inter-state as well as an intra-state movement will be implemented across the country by 1st June, 2018,' a ministry of finance press release said after the 24th meeting of GST Council held through video conference.

As the total revenue collected under GST fell by around 10 percent to Rs. 83,346 crore for the month of October from over Rs. 92000 crore in September, the government felt since the implementation of some of the main features of GST such as matching of returns, e-way bill as well as reverse charge mechanism have been postponed, the tax compliance was not up to the mark.

Information to be furnished prior to the commencement of movement of goods and generation of e-way bill:

• E-way bill shall be generated by

• The information needs to be furnished before movement of goods, by a registered person who causes such movement.

• The details furnished under e-way bill will be communicated to the registered recipient for his acceptance or rejection of the consignment. The e-way bill shall be deemed accepted after 72 hours by the recipient unless rejected within the time span.

• The registered person or transporter may at its option, generate and carry the e-way bill even if the value of consignment is less than Rs. 50000.

Transfer of goods from one conveyance to another during transit:

In such a case, before such transfer and further movement of goods, transporter shall generate a new e-way bill, specifying the mode of transport.

Transportation of multiple consignments in one conveyance:

The transporter shall indicate the serial number of e-way bills generated in respect of each consignment and a consolidated e-way bill shall be generated before the movement of goods.