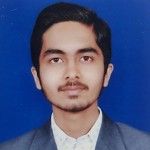 Learn about 'Ease of Doing Business in India' in a nutshell

Indicators for which distance to frontier is computed include construction permits, registration, getting credit, tax payment mechanism etc.

In a Nutshell, Ease of doing business means easiness in -

Ease of Doing business in India -

Ideas to come to life. When a software engineer realizes that he can develop a better and less-expensive product than is currently available, he may choose to start his own company to develop the idea and it can only be possible in an economy where the rules governing

Start-ups are accessible, transparent and predictable.

Conversely, in an economy where business regulation is cumbersome or ambiguous, he may be less willing to start his own company. In this case, the economy forfeits a new entrepreneur as well as the associated capital investment and job creation.

Implementation of the Goods and Services Tax- This leads to reduction of manufacturing costs due to lower burden of taxes and less tax compliance and a simplified tax policy for MNCs as well as small traders.

Introduction of RUN Service- Government started a Reserve Unique Name service to facilitate reserving a company name without need to fill any form and use DSCs.

Make in India and Digital India - It reduces the burden faced by domestic manufactures from the imported foreign products. Digital India have paved the way for a cashless economy and reduced payment based difficulties by increasing the count of payment mechanisms.

Insolvency and Bankruptcy Code - It leads to revival of Sick Companies in India.

Less set up period - Government has also targeted to reduce the number of days required to set up a business in India to 4.

No Affidavit needed - Government has also done away with the requirement of the affidavit from the applicants of the defence industry. A maximum timeline of 12 weeks has been finalised by the Ministry of Home Affairs for grant of security clearance on industrial licence applications.

Insurance Bill - Insurance reform bill has been passed in Parliament which allows more Foreign Direct Investment in the sector.

Relaxation to Private Companies - Government allowed 39 exemptions for private companies licensed to set up businesses under international financial services centres (IFSC) such as allowing them to make investments through more than two investment companies. The government also waived transaction taxes and stamp duty for IFSCs.

Setting up of NIIF - Government has set up National Investment and Infrastructure Fund (NIIF) with the aim to attract investments from both domestic and international sources for infrastructure development in commercially viable projects. The corpus of the NIIF is proposed to be Rs 40,000 crore ($6 billion) wherein the government will invest 49%.

FIPB Abolishing - In a bid to reduce red-tapism, the government abolished the Foreign Investment Promotion Board (FIPB) which used to scrutinise foreign investment proposals. The proposals are now cleared by departments concerned.

PAN becomes simpler - Allotment of PAN and TAN cards has been simplified and CIN/Corporate Identity Number has been included as proof of identity for corporates.

Online platform for Statutory payments - Government has made payment of ESIC online, EPFO to be paid online via 56 accredited banks and elimination of NOC for establishing new electricity connection.

Simplification of Registers and Forms - Ministry of Labour & Employment has notified 'Ease of Compliance to maintain Registers under various Labour Laws Rules, 2017' on 21st February 2017 which has in effect replaced the 56 Registers/Forms under Central Labour Laws and Rules made thereunder in to 5 common Registers/Forms. This will save efforts, costs and lessen the compliance burden by various establishments. The Ministry has also simultaneously undertaken to develop a software for the 5 common Registers.

The foundation of Doing Business is the notion that economic activity benefits from clear and coherent rules, rules that set out and clarify property rights and facilitate the resolution of disputes. And rules that enhance the predictability of economic interactions and provide contractual partners with essential protections against arbitrariness and abuse.

The combined efforts of Government and Business eminent made India to rank in top 100 ranks as measured by World Bank.

The author can also be reached at mohitjoshi.sankalp@gmail.com


Category Others, Other Articles by - Mohit Joshi

Motivation for hardwork and single point focus on your goal

All about Foreign Liabilities and Assets (FLA)