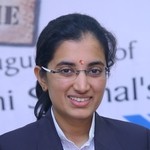 Currency fluctuation is a phenomenon that is important to understand due to various reasons. At the very outset, it may not seem necessary for individuals who have no export or import business, or for the ones who are not planning a trip abroad or maybe a foreign education for their kids, yet let me assure you that it is inevitable to study the movement of currency to effectively manage the risk and return in one’s investment portfolio. Hence, by means of this article, I endeavor to take you on a trip into the understanding of what determines fluctuation in a currency and how the economy gets affected by such movement.

The changes in exchange rates of currencies are determined by a number of fundamental and technical factors which are constantly in a state of flux, and it is normally highly difficult to precisely determine the quantitative effect of recent developments in an economy on the valuation of its currency. However, it is relatively easier to predict the future course of direction of a currency, given a particular state of the economy.

Listed below are certain common factors which determine the course of a currency’s movement.

A major determinant of currency fluctuation is the market force of demand and supply. Higher the demand, stronger the currency, and weaker the demand, lower the value of the currency. I would further like to clarify here that the all the below mentioned causes of currency fluctuation are actually what determine the level of demand or supply of a currency.

Economic Performance of the Country

The value of a country’s currency varies in direct proportion to its economic performance. This is due to the simple reason that more and more investors are attracted towards a growing economy. Such investment increases the demand of its currency.

Higher the prospects of inflation in an economy, the weaker its currency is expected to be. This is because of the arbitrage that arises when the value of a currency does not change with the changing rate of inflation.

This can be better understood with the help of an example.

Now if the price of the same toy rises to Rs. 90 in India, but the exchange rate does not change, then an arbitrageur would buy a toy in the US for $1 and sell it in India for Rs. 90. The proceeds will then be converted to $1.5. This will result in an arbitrage gain of $0.5 on each toy so transacted.

When such arbitrage will begin, the demand for $ and the supply of Rupee would increase and soon $1 will become equal to Rs. 90, hence, resulting in the devaluation of Rupee.

Interest rate is an important factor which determines a currency’s value. The more the rate of interest of a country, the stronger its currency is expected to be. This is due to the simple reason that countries with the highest rate of interest become attractive investment destinations as they offer the best return. This increases the demand for their currency, thus strengthening the same. The reverse is also true.

Having understood this, most must have strengthened their belief that a strong currency is always a good thing. However, this is a common fallacy. A strong currency is usually only an indicator of a strong economy, but what is needed for the economy to grow is a weak currency. This is also perhaps why the value of domestic currency is considered as an important instrument in a Central Bank’s toolkit and a key consideration in the setting of monetary policy.

This fact will become more digestible on reading the below mentioned impacts that currency fluctuation has on an economy.

A weaker domestic currency stimulates exports by making the products cheaper for the foreign buyers. It also makes imports expensive and thus discourages them. The result is a lower trade deficit.

The most common measure of economic growth is the GDP which is the sum of Consumption/ Consumer Spending, Capital Investment by businesses and households, Government spending and Net Exports, i.e., the Exports – Imports.

Hence, when a weaker currency will stimulate exports and lower imports, the net exports will rise and hence the GDP will increase, thus resulting in economic growth.

Here, it essentially refers to the “imported inflation”. A decline of 20% in the value of a currency raises the cost of imports by 25%.

Perhaps, it must have started becoming easier by now to understand the importance of understanding the ups and downs in the value of a currency.

An investor can benefit by understanding the movements in the value of a currency. It can help in carefully timing his investments overseas and gaining from currency appreciation. One can refrain from borrowing in low-interest foreign currencies.

A multinational dealing in exports and imports can better hedge its currency risk by tracing the movement of currency in relation to various domestic and global factors.

Yet another factor that links our portfolio to the movement in the value of a currency is the effect that it has on the valuations of various stocks in the stock market. Although the impact is very limited, yet the same is a highly ignored one. The indices of export-oriented industries are highly negatively related with the exchange rate, for example, the IT, Technology and knowledge-based sectors. The import-intensive industries like the financial sector have a positive association with the movement of the currency. Also, generally a strong stock market rally is the result of influx of foreign money into the economy.

Hence, it can be concluded that an investor who wants to achieve his various short-term and long-term investment goals must carefully track currency movements and accordingly plan his investments.

Note: Views and suggestions are most welcome.