Clarification on applicability of secretarial standards 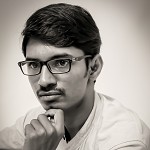 Considering the date of effectiveness of Secretarial Standards, the Institute clarifies the following:

1. These Secretarial Standards (SS-1 and SS-2) shall apply to Board Meetings and General Meetings, in respect of which Notices are issued on or after 1st July, 2015.

2. The Secretarial Audit Report for the Financial Year 2014-15 need not report specific non-compliances/observations/audit qualification, reservation or adverse remarks in respect of compliance with SS-1 and SS-2 as these will become effective from 01st July, 2015.

Members of the ICSI are advised to take note of the above suitably on matters pertaining to compliance of the Secretarial Standards.