Can a bank offer different rates of interest, on non-bulk Fixed Deposits?

As we know, among others, RBI's directive segment of the unified Department of Regulation (DoR, RBI) issues directions on the interest rate on deposits to scheduled banks (including cooperative banks), NBFC through appropriate Groups/Sections. Before that DoR and UBD used to issue directives on the subject under reference.

Please find on directives issued in 2016 (which do subsist on date) in Annexure-I, reference to my earlier reference to RBI and other relevant correspondence Annexure-II. This aspect of the directive (issued in the year 2016) subsisted for many years before this. 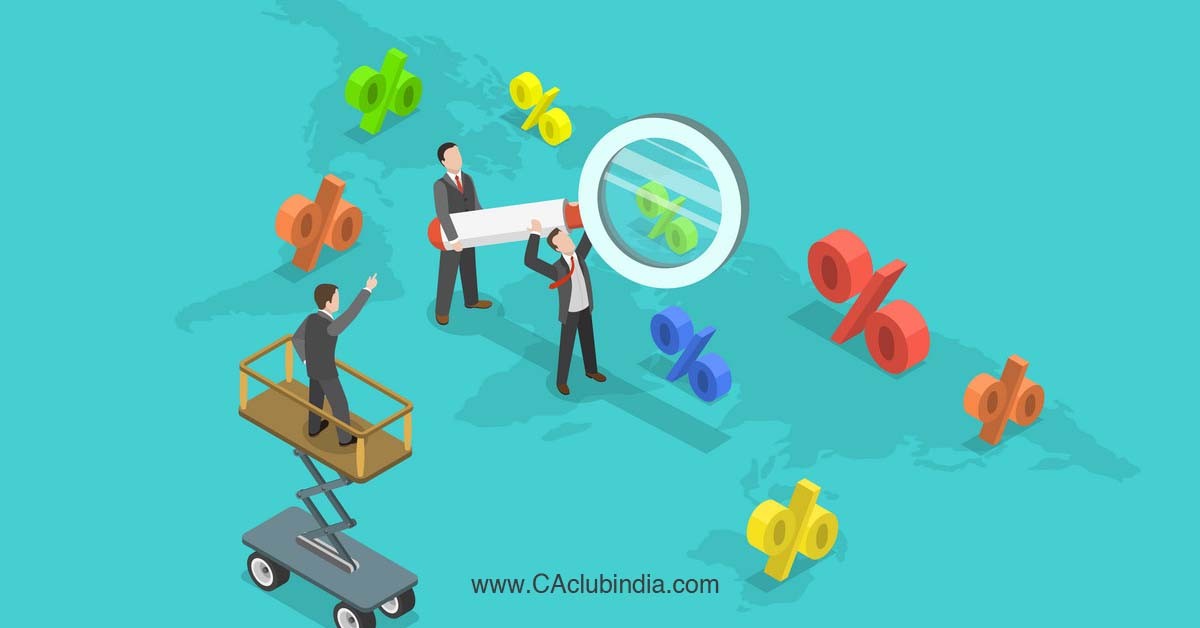 Recently I had experienced the following with greater Bombay Cooperative Bank and had just picked up one segment of interest rate to highlight the subject:

Under these circumstances, a person cannot opt and receive the same rate of interest for a deposit, of the same amount, placed on the same day, for the same tenor if products are different a) or b). If one chooses simple interest-bearing FD or interest or interest Reinvestment that is a compound interest product he will be offered at 6%p.a and 5.75% p.a respectively. The interest payout option will make difference in the offered interest rate.

This is a violation of RBI's direction and this is happening for many years, At least I have been observing this for over a decade.

I believe that under a periodical interest reinvestment plan there is an embedded contract within the FD (interest rate contract) to reinvest the accrued periodical interest on underlying FD for the residual intervals/periods matching underlying FD and further accrue interest, at the initially contracted rate, on such aggregate of reinvested portions (including principal) of interest for the residual intervals/periods matching underlying FD and this recurrence is repeated till last quarter or (month depending on the periodicity of compounding), as the case may be. The final maturity amount is the sum of principal + all such interests that occurred in this manner (merged into one). TDS aspect on interest accrual is ignored for convenience of discussion. Many years back RBI had permitted banks to decide periodicity of interest compouniding which hitherto was quarterly or higher (in the case of FCNR deposit).

In the concluding paragraph of RBI reply (annexure-II), RBI had mentioned: 'the issues regarding charging of interest rate on deposit by banks raised by you in your email and the reference are adequately covered in the above instructions and banks are required to follow the same mandatorily'.

However, to me, the communication was not amply clear on 2nd aspect mentioned at the beginning:

Whether bank can offer a product only under interest payout (simple interest) or only under Reinvestment/compound interest for a particular tenure?

An amply clear direction from RBI could help to follow the guideline. My take/understanding had been that banks cannot state/quote a different rate of interest in these circumstances and also cannot offer standalone products with simple interest or compound interest and customer has always a choice.

We, as customers do not have the authority, to ask bank/s concerned to follow RBI directives. Even if we do that no Bank would respond to such communication and continue with their practices as it has been happening throughout. I experienced it for the last 9-10 years and see that none (Shamrao Vithal Bank, TJSB Bank, Saraswat Bank, Greater Bombay Bank, etc) responded positively nor UBD, CEPD RBI had taken any action to discipline them though I had submitted proof of having persuaded the matter with banks concerned. The same is the case with Punjab Maharashtra Cooperative Bank (which now is likely to be merged with a newly formed Small Finance Bank). The recent display of FD interest rates on deposits by Greater Bombay Cooperative Bank (similar display of interest rates is also available on websites of other/these banks) prompted me to write on this subject.

I do agree that at RB, DoR, RBI would not be have been entrusted with the task of enforcing the directive it had issued. I cannot say which department of RBI should have ensured falling of these directions and getting crushed/slaughtered/ crumpled. Based on Inspection Report if Dept of Banking Supervision (DBS), RBI is to correct these banks it may take few decades (already one decade is over, the direction of the year 2016 has nothing new in it as far as this issue is concerned) for the banks to discipline. If the AFI of DBS report fails to cover this aspect this will not be taken up at all, in some cases.

Probably, RBI did not feel the necessity of directing these banks to fall in line with the regulation. In many cases of enforcement of regulation, follow-up is poor. On the other side gullible public/depositors assume that these banks are following the directives of RBI.

If the RBI feels the job is over just by issuing a directive and it doesn't intend to correct what is being directed/prohibited, banks as in this case may not follow the directions/regulatory instructions and there would be indiscipline in the financial sector.

I wish, rather than passing on the buck to the other departments, RBI may soon decide whether enforcement by RBI Enforcement Dept (who looks after other than FEMA violations), CEPD, DBS to address it, in a coordinated manner and see that this practice, which is going on since long, is stopped.

If RBI's current thinking is that the bank can very well do this restrictive practice, RBI may withdraw this directive so that all banks offer different rates of interest for simple interest-bearing and Reinvestment plan deposits of the same amount. on the same day, for the same tenure across its network i.e based on the product offering.

In the current example (Greater Bombay Bank FD case), one would get impressed by apparently disclosed simple interest rate and tempted to invest under that scheme whereas the resultant yields are shown in the table below

Such scheme-specific interest rate structure appears contrary to regulatory prescription and in this case, less informed customers would tempt to opt for a simple interest product.

Common persons who do not have an understanding of this subject may get carried away by the disclosed rate of interest without realizing the impact of compounding on the resultant yield. In the shorter maturity, cases end yield differential would be less noticeable. Also, the practice of quoting a scheme/product-specific rate of interest (sometimes overlapping), in my view is against the spirit of regulation of not to distinguish customers for interest where deposit amount, the tenor is same and was received by the Bank irrespective of the place/Branch of the Bank.

Banks should be told to express rate of interest on deposit – ‘slab wise one rate' irrespective of selection of interest compounding or simple interest (also resultant yield to be also shown alongside), to enhance transparency and help customers to make a well-informed decision, to chose scheme to invest depending on customer's need.

RBI's intent in prescribing norms was to ensure transparency, bringing clarity in understanding the interest and rate of return, to all investor classes, and to curb the possibility of banks misdirecting, the not-so-well-informed customer with jugglery of presentation.

DoR, RBI had provided (giving a long text of the same regulation on which clarification was sought) and advised the person who raised the concern (me) that banks have to follow the directions mandatorily, I wonder how do I ensure these banks comply with it unless regulator ensures support or advise banks once again to supplement its earlier direction.

From continued practice, it is evident that instead of taking corrective action and asking banks concerned to adhere to its directions CEPD, DBR, RBI remained silent for the last many years. Mainly co-op banks have been violating these directions of RBI ‘left and right'.

I recently did address an email to DBS, DBR with a copy to DoR, RBI while writing this article. I will be glad if this communication is responded to appropriately by the concerned and action is taken against the banks concerned advising all others to follow the directions, through a reminder circular.

'5.4 In the case of deposits of Rs 15 lakh and above banks may discriminate in the matter of rate of interest between one deposit and another, accepted on the same date and for the same maturity, based on the size of the deposit'.

Scheduled commercial banks shall pay interest on deposits of money ……… on the terms and conditions specified in these directions:

(a) There shall be a comprehensive policy on interest rates on deposits duly approved by the Board of Directors or any committee of the Board to which powers have been delegated.

(b) The rates shall be uniform across all branches and for all customers and there shall be no discrimination in the matter of interest paid on the deposits, between one deposit and another of a similar amount, accepted on the same date, at any of its offices.

The differential interest rate shall be offered only on bulk deposits'.


Category Others, Other Articles by - Shivaprasad Laxman Chhatre