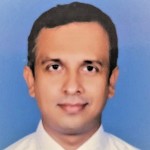 Book Profit under Section 115 JB
Book Profit = Net Profit + / - Few adjustments.
Question:
Can you tell me whether there is any restriction to compute net profit?
No, because it depends upon various Accounting Policies which may vary from industry to industry.
Income Tax Act never interferes with the matters related to policies so far there is consistency is followed for such policies and if any change in policy occurs there should be sufficient and valid reason behind such change in policies.
Income Tax Act is only concerned with allowable and disallowable expenses and incomes.
Now coming to MAT, MAT provision is only applicable for Companies and for this Section (115 JB) Company includes all types of Companies may be it is Public Limited Co, Domestic Company, Foreign Company or Industrial Company. That means MAT is applicable to all such Companies.
No such Company can escape from the Provisions of MAT, whatever may be the policy it followed. The adjustments are compulsory with the NET PROFIT as per books.
Under MAT provisions, Assessing officer is concerned with the adjustments to be made with the NET PROFIT.
Yes there is a provision that Assessing Officer has the power to alternate the Net profit.
The above provision states that in the following 2 cases the AO can rewrite the P/L A/c. (i.e to say AO should recalculate the Net profit and then follow the adjustments of MAT as usual)
1)      If it is discovered that P/L A/c is not drawn up in accordance with Part II &Part III of Sch VI.
[AO cannot disturb the Net Profit as shown by the Assessee where there is no such allegations fraud or misrepresentation but only a difference of opinion as to whether a particular amount should be properly shown in the P/L A/c or in Balance sheet]
2)      If Accounting policies ,
Accounting Standards adopted for preparing such accounts,
Method and rate of Depreciation
Which have been adopted for preparation of P/L A/C laid before AGM
should be followed while preparing P/L A/C for the purpose of computing Book Profit u/s 115 JB
Thus it is clear that under MAT provisions AO normally takes the NET PROFIT as computed by the Assessee and then makes the adjustments U/S 115JB.
But under the above 2 circumstances the AO should calculate the NET PROFIT too before making adjustments u/s 115JB.
A)               There are allegations of fraud and misrepresentation against the assessee that books are not as per companies ACT (only SCH VI) and
B)               The accounting Policies, standards, method & rate of depreciation are not consistent while they were laid before the share holders in AGM and while they are laid before the ITO for MAT calculation.
No where it is written that A company is bound to follow any particular method or rate of Depreciation, Nor does it mean that MAT provision will not be applicable if Depreciation as per Companies Act is followed.
Again under the above 2 circumstances AO shall re calculate the Net Profit first and then apply the adjustments provided under 115JB otherwise the AO simply considers the Net Profit as shown by the assessee for computing MAT. That means MAT is compulsorily applicable whoever computes the net profit (Assessee or the AO)
Some Companies follow an Accounting Year under the Companies act, 1956 which is different from the Financial Year under Income tax Act, 1961. These companies generally prepare 2 sets of accounts – one for Companies Act and another for Income Tax Act. WHY?
Different Accounting policies, standards, depreciation methods and rates are adopted in 2 sets of Account so that higher profit is reported to Shareholders and Lower profit for the Income tax authorities.
To curb the above practice this recalculation of Net profit provision under MAT was incorporated so that there should be a consistency in accounting Policies, Standards, methods and rates of depreciation in the knowledge of Income tax authority.
Thanks and Regards,
Srikanta Kumar Pattanayak