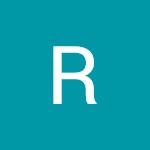 Finance Lease:- A finance lease is a lease that transfers substantially all the risks and rewards incidental to ownership of an asset. Title may or may not eventually be transferred. In other words Finance lease can be a lease under which the present value of the minimum  lease payments at the inception of the lease exceeds or is equal to substantially the whole of the fair value of the leased asset.

a. The lease transfers ownership of the asset to the lessee by the end of the lease term;

b. The lessee has the option to purchase the asset at a price that is expected to be sufficiently lower than the fair value at the date the option becomes exercisable for it to be reasonably certain, at the inception of the lease, that the option will be exercised;

c. The lease term is for the major part of the economic life of the asset even if title is not transferred;

e. the leased assets are of such a specialised nature that only the lessee can use them without major modifications

At the commencement of the lease term, lessees shall recognize finance leases as assets and liabilities in their balance sheets at amounts equal to the fair value of the leased property or, if lower, the present value of the minimum lease payments, each determined at the inception of the lease. The discount rate to be used in calculating the present value of the minimum lease payments is the interest rate implicit in the lease, if this is practicable to determine; if not, the lessee’s incremental borrowing rate shall be used. Any initial direct costs of the lessee are  added to the amount recognized as an asset.

For Lease Payment:- Minimum lease payments shall be apportioned between the finance charge and the reduction of the outstanding liability. The finance charge shall be allocated to each period during the lease term so as to produce a constant periodic rate of interest on the remaining balance of the liability. Contingent rents shall be charged as expenses in the periods in which they are incurred.

i. For each class of assets, the net carrying amount at the end of the reporting period.

a. not later than one year;

If  the lease  does not transfer substantially all the risks and rewards incidental to ownership called Operating Lease.  Or in other words “Other than finance lease”.

A company is about to enter into a three-year lease to rent a building. The lease cannot be cancelled and there is no certainty of renewal. The landlord retains responsibility for maintaining the premises in good repair, technically this lease is classified as an operating lease.

Lease rentals should be accounted for on accrual basis over the lease term so as to recognize an appropriate charge in this respect in the profit and loss account with a separate disclosure thereof. In other words, aggregate of the lease rentals payable over the lease term should, unless another systematic basis is more representative of the time pattern, be spread over the term on straight line basis, irrespective of the payment schedule as per the terms and conditions of the lease. The excess of lease rentals paid over the amount accrued in respect thereof should be treated as prepaid lease rental and vice versa.

A BRIEF COMPATIVE CHART BETWEEN FINANCE AND OPERATING LEASE

I. Tax depreciation  is allowable under Income Tax.

Any payment towards operating lease is allowable expenditure.