Arise, awake and stop not till the pond is full 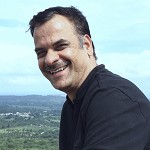 A colleague of mine was looking little restless on a weekday. Over a conversation, she revealed that she was upset over not getting any response, from her stakeholder, on an issue bothering her off late and any escalations have not led to any resolution. She was wondering why this was happening?

All those with whom she was interacting were holding responsible positions and leaders in their respective domains. They spoke, took next steps, promised to resolve matters in specified timelines, and did all that is required to market themselves but on ground, nothing was getting delivered as expected.

This conversation triggered a thought in my mind and I replied, “I think they all lack Intent. No Intent means no performance.” As usual, some in the group accepted this thought and others had their own view point. Some blamed it on lack of leadership skills and others started equating intent with several other words like lack of passion, ambition, aspiration and so on. However, my interpretation of Intent was totally different. Let's explore.

According to me, “Lord Sri Krishna had a larger intent to protect ‘Dharma’. To achieve this, he collaborated with Pandavas, he communicated well with Arjuna, he innovated different strategies at the battle field, he delegated responsibilities, he gained the trust of all stakeholders, he responded well to any situation, he showed resilience at several occasions and so on.” If the Lord had lacked this intent of protecting Dharma, then I think there is was no Mahabharata.

Similarly, Mahatma Gandhi had a strong intent to set India free from the clutches of Britishers. To attain this, he spoke to his followers well, he delegated right authority to right people, he practiced innovative ways of protest such as Satyagraha, Salt Agitation and so on, millions had trust in him, everyone had faith in his leadership and If Gandhi had not had this Intent of setting India free, he would not have become “Mahatma”.

So, I don't think Lord Krishna or Mahatma Gandhi learned any leadership skills specifically to execute what they wanted to execute. They simply had an intent to do certain things and rest of the skills followed them.

Further, taking cricket as an example, others words which have colossal meanings, which might potentially get confused with the word Intent are clarified below.

Now, if the question is where is Intent in all these? The answer is, it is in all of the above.

A player when goes out to the middle to play for his country, he should have an intent to practice well before the match, he should start with an intent to score maximum possible runs, he should play with the intent to win the match for his country, he should start with an intent to stay put on the crease and support his other players to win the game. Now when all these actions are performed on consistent basis, in each and every match, he will possibly meet the other ends, such as achievement, ambition, aspiration, goal, etc. Desires and accolades are possible outcomes of this intent exhibition.

Therefore, intent means sheer willingness to do things without any expectations and it is a skill in itself.

Sometimes almost all of us end up doing things/activities either in our personal or professional life without Intent. And then we might feel, we have not given our best effort in what we did or we may blame it on uninteresting work or activity.

Many a times we may not have the choice to do what we want to do. But we still have to do and move on.

Arjuna lacked the intent to fight against his own people in the battle of Kurukshetra, until Lord Krishna explained him as to why he has to do it.

A nurse may not like her job. But when she does it with Intent to serve patients, she will be showered with blessing by those who get cured with her care.

A chef might get fed up with the routine, but when we cooks with intent to satisfy the taste buds of his customers and make it a special day for them, his dish will turn out to be a special one and would get him more loyal customers.

So it's important for each one of us do any activity assigned to us with right Intent. If we don't have that, then we should see how to build that skill within ourselves. Our organisations should start identifying, recognising, nurturing this soft skill and possibly pay less attention to other skills. Once we develop this skill, then I think each one of us will be leaders in our own area of operations and we won't be letting our stakeholders worried on any engagements.

As Intent can drive all other soft skills, I want to call “Intent” as the mother of all soft skills.

Filing right papers in right file consistently, can come only when it is done with that Intent. Doing all small things, projects, programmes, codes, data entry, audits, assignments, analysis, testing, negotiations, calculations, teaching, selling, acting, singing, playing, writing each and everything, with right intent, will give us huge results eventually.

So intent is drop of water. When thousands of such drops get accumulated within us, they turn out to be a pond of accomplishment. Which is nothing but successful end to our passion, aspirations, achievements, ambitions and so on. Accolades will follow and desires will be met.