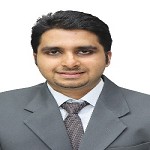 
Thanks for outstanding response on my previous article "Clearing CA/Overcoming Failure (Unpopular Opinion)"!! I got a couple of personal messages from many of you. My aim is to share a perspective to help any person change his/her thought process of re-appearing for exams. I have nothing against those who are willing to continuously re-appear, though. It's only a matter of looking at it from another way.

Often in life, we are constantly conditioned to look at things in a certain way which is never challenged or critically analyzed. It is at these times that we need another lens to look at things so that they can be perceived accordingly.

Emotional attachment–in simple terms, it can be expressed as attachment psychologically, where emotions are heavily invested into something. When anything untoward happens in that we feel our entire life is a mess. To give an analogy, all of us are deeply attached to our parents, siblings, friends and other people, as may be. If anything happens to either of them, what do we feel? (For E.g. grave illness)

Is there any use of attaining CA degree after the age of 30? At age of 52 years CA course advisable or not CA final at the age of 36yrs CA fresher maximum age for job At the age of 32 CA or CA - which is beneficial?

It can be summarized

Apart from the aforesaid, there is nothing that a degree can offer you. Be it the finest University degree or any other thing. Coming to CA in particular, or any other degree, where we have immense emotions being attached to this degree.

Just have a look at the questions on this forum being asked. A person at 30 or above is still feeling the urge to keep re-appearing! Well, that's entirely up to him/her.

My purview of this lies is why does one need to be so hooked on this 1 thing in the world? There are ample of other options a person can pursue if he has complete knowledge of this curriculum but has merely not satisfied the marking criteria. Well, that is another matter of dispute given the number of fallacies in our system.

The Glory Attached to it

It's not uncommon to keep viewing people watch these type of articles/Blog posts/YouTube videos constantly praising these aforesaid individuals that as CAs they have reached their feat merely because of CA. Well there is nothing wrong to appreciate someone's achievement rather the aspect to be considered is the misrepresentation of that person's achievement and the cause of it.

The example: In case of Kumar Mangalam Birla, Chairman of the Aditya Birla Group.

"(K.M Birla) He did his high school from Sydenham College of Commerce and Economics and a bachelor's degree from H.R. College of Commerce and Economics of the University of Mumbai. He later studied at London Business School and was awarded MBA from the University of London in 1992. He is also an honorary fellow at LBS. He is a Chartered Accountant from Institute of Chartered Accountants of India (ICAI).

(Careers part) Birla took over as chairman of the Aditya Birla Group in 1995, at 28, following the death of his father Aditya Vikram Birla. During his tenure as chairman, the group's annual turnover has increased from US$3.33 Billion in 1995 to US$48.3 billion in 2019 "(Source: Wikipedia)

In one of his interviews, he himself stated that he never intended to pursue CA rather, he did it because his father insisted on pursuing and fortunately cleared it.

But this simple fact is constantly being misinterpreted by many people and they constantly propagate that it was the degree of CA that brought him all the awe and the admiration that the world gives upon him today.

Misinterpretation of the colloquial phrase/proverb "NEVER GIVE UP"

We are constantly bombarded "CA students fight until their last breath,". "I will either become a CA or I will die trying" I have seen memes on the internet - "Jab tak hai dum, exam denge hum"

What we neglect is never give up does not really mean to keep trying the same thing in life. Rather, a realistic interpretation would be to never give up on life! We all know life is a struggle. It's the one who knows to roll with the punches wins the battle. Everyone at whatever stage of life is fighting something or the other, but our battles change! We do not keep fighting the same battle repeatedly if it is not meant to be won.

It's shocking to hear so many aspirants aging and yet to clear the course, but they are holding on to it despite the reality being otherwise. Like stated in my previous post "ABILITY TO LET GO", we are never told this by anyone. Everyone constantly seeks to validate this act of re-appearing by attaching emotions.

Some of the popular comments received

A person who is continuing despite the circumstances being unfavorable is someone who has not fathomed the reality and is living in a constant state of denial that nothing really is happening to him and that one day he will reach his so-called destination "CA" after which everything would magically change around him like our a Midas touch!

Another example to simplify, the Old course 1st ranker of Nov-2020 attempt claimed it was his 11th attempt. Any rational person can understand a person who was denied the tag of 'CA' until 10 times, would be very well versed with the course but kept at bay simply for not fulfilling the marking criteria. What could he have done something different in his approach in the 11th time? I bet you, if you ask him in private one-on-one 'will you pass this attempt of Nov-20?' he would not give a subtle assurance. It was merely his fortune turning in his favor. But this can't be stated as an example to keep trying, as this case is an anomaly. It can't apply to all.

To put in perspective, if you take a sample of 100 people appearing for this number of times and draw a median data, you would probably find above 95 still stuck in the vicious "May-Nov" cycle. Is it right to use those 5 people as a representation of the act "NEVER GIVE UP"? Next time you hear someone say "never give up" for CA exams, rethink bit.

Well, this has got to do something with your perception and how much value/importance you give to outside validation. To be honest, in any scenario, there are going to be naysayers, even if you would be the finest/sincere student all throughout your life. In the end, just ask yourself, "Whose life am I really living? Are those people coming to support me emotionally when I fail in the exam? "

Yea, if you opted out and go for other options, you won't get the pleasure of distributing sweets in your neighborhood. Well, that's the only time they'd praise you and "respect" you. Beyond that, just look around. How much do people really care about what others are doing?

I have nothing personally against the course or the coaching institutes. The aspect that misinterpretation of certain things as mentioned and constant bombarding students with such ideas makes them develop an emotional attachment to the course, which is wrong. Just as Adolf Hitler said, 'Tell a lie 100 times, people accept it to be true'

Let me know your comments! Thank you for reading!

The author recently started blogging to give people a different side of CA and also trying to hone my art of writing as I have lately developed the passion for it! He can also be reached at–abhishekpanegal4@gmail.com