Applicability of section 56(2)(viia) on Buy back of shares 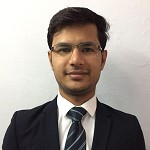 Brief facts of the case:

M/s Vora Financials Services Private Limited (assessee) is engaged in the business of trading in shares and derivatives. The assessee, during the assessment year 2014-15, made an offer to existing shareholders for buyback of 25% of its existing share capital at a price of Rs.26/- per share. The offer was open between 8th May 2013 and 22nd May 2013. One of the shareholders offered 12,19,075 shares under the buyback scheme and accordingly the assessee bought those shares paid a consideration of Rs.316.95 lakhs on 24.05.2013. The AO noticed that the book value of shares as on 31.3.2013 was Rs.32.80 per share, whereas the assessee company has bought back the shares at Rs.26/- per share. Also, the bought back amount (316.95 lakhs) were re-invested in the assessee in form of loan.

The AO proposed to invoke the provisions of sec.56(2)(viia) of the Act to this transaction of buyback and took the view that the entire exercise was carried out to reduce the liability of the company by purchasing shares below the fair market value and reinvesting the amount as loan. Accordingly, the AO assessed the difference between the book value of shares and purchase price of shares amounting to Rs.82.89 lakhs as income of the assessee u/s 56(2)(viia) of the Act. The Ld CIT(A) also confirmed the same.

Assessee representative (AR) contended that primary condition for invoking the provisions of sec. 56(2)(viia) was that the shares should become a “Capital asset” and property in the hands of recipient. He submitted that, in the instant case, the assessee has purchased the shares under the buyback scheme and the said shares have been extinguished by writing down the share capital. Hence those shares did not become capital asset of the assessee company and hence the provisions of sec. 56(2)(viia) should not have been invoked in the hands of the assessee company. AR also submitted that the AO has taken the book value of shares at Rs.32.80 per share and submitted that the assessee also got its shares valued as per which the book value of shares as on 31.3.2013 works out to Rs.25.42 per share. He further submitted that the provisions of sec. 56(2)(viia) speaks about “fair market value” of shares, which is different from book value.

Held that the assessee has purchased its own shares under buyback scheme and the same has been extinguished by reducing the capital and hence the tests of “becoming property” and also “shares of any other company” fail in this case. Accordingly, we are of the view that the tax authorities are not justified in invoking the provisions of section 52(2)(viia) for the buyback of own shares and set aside the order passed by CIT(A).