2. The scope and ambit of these is explained in paras below

(i)Services by the Department of Posts by way of speed post, express parcel post, life insurance and agency services provided to a person other than Government;

(ii)Services in relation to an aircraft or a vessel, inside or outside the precincts of a port or an airport;

(iii)Transport of goods or passengers; or

(iv)Support services, other than services covered under clauses (i) to (iii) above, provided to business entities;

a)What is the exact meaning of Government or local authority

Government has not been defined in the Finance Act, 1994 or the rules made thereunder. As per clause 23 of section 3 of the General Clauses Act, 1897, Government shall include both the Central Government and any State Government.

It would include various departments and offices of the Central or State Government or the Union Territory Administrations which carry out their functions in the name and by order of the President of India or the Governor of a State.

Local authority is defined in clause (31) of section 65B and means the following:-

A Municipal Committee and a District Board, legally entitled to, or entrusted by the Government with, the control or management of a municipal or local fund

A Cantonment Board as defined in section 3 of the Cantonments Act, 2006

A development board constituted under article 371 of the Constitution, or

A regional council constituted under article 371A of the Constitution.

b)What are the Services covered in this Rule 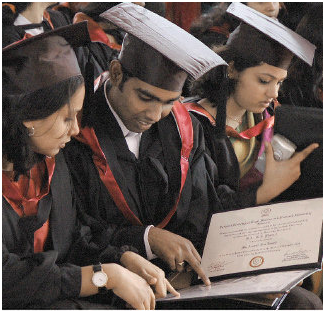 (i)Agency or intermediary services on commission basis (distribution of mutual funds, bonds, passport applications, collection of telephone and electricity bills), which are provided by the Department of Posts to non-government entities are liable to service tax because these are Agency services carried out on payment of commission on non-government business.

(iii) Sovereign right shall be treated as non-taxable

Thus services which are provided by government in terms of their sovereign right to business entities, and which are not substitutable in any manner by any private entity, are not support services.

Grant of mining or licensing rights or

Audit of government entities established by a special law, which are required to be audited by CAG under section 18 of the Comptroller and Auditor-Generals (Duties, Powers and Conditions of Service) Act, 1971 (such services are performed by CAG under the statue and cannot be performed by the business entity themselves and thus do not constitute support services.) 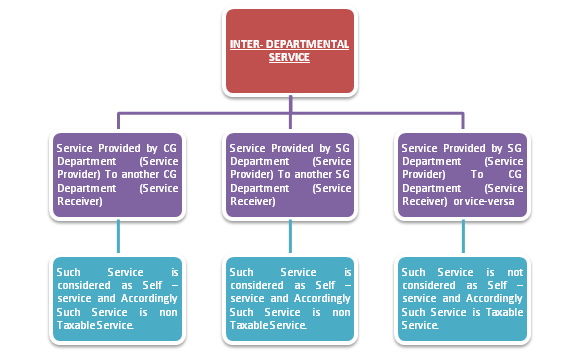 4. Services by the Reserve Bank of India

All services provided by the Reserve Bank of India are in the Negative list.

5. Services by a foreign diplomatic mission located in India

Any service that is provided by a diplomatic mission of any country located in India is in the negative list.

This entry does not cover services, if any, provided by any office or establishment of an international organization.

6. Services relating to agriculture or agricultural produce by way of

(i)Agriculture has been defined in the Act as cultivation of plants and rearing or breeding of animals and other species of life forms for foods, fiber, fuel, raw materials or other similar products but does not include rearing of horses. Activities like breeding of fish (pisciculture), rearing of silk worms (sericulture), cultivation of ornamental flowers (floriculture) and horticulture, forestry included in the definition of agriculture.

(ii) Agricultural produce has also been defined in Section 65B of the Act which means any produce of agriculture on which either no processing is done or such processing is done as is usually done by a cultivator or producer which does not alter its essential characteristics but makes it marketable for primary market. It also includes specified processes in the definition like tending, pruning, grading, sorting etc. which may be carried out at the farm or elsewhere as long as they do not alter the essential characteristics. The following activity will be covered under Agriculture produce:-

b)Cleaning of wheat carried out outside the farm, Since this activity do not alter essential character of Wheat

Whereas, the following activity will not qualify as Agriculture Produce