A Watchdog on NGO's - Prevention of Money Laundering Act 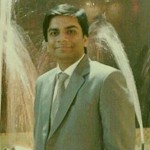 
“Hawala Transactions” the word popularly used / known in India for money laundering. It gained popularity during early 90s when many of the politicians were caught in its net. "Hawala" is an Arabic word meaning the transfer of money or information between two persons using a third person. India has been rocked by a spate of scams in the recent past, which reminds us the days of 90’s in which these scams came into light in National media.

1992 Securities Scam - Popularly known as the Big Bull, stock broker Harshad Mehta engaged in a massive stock manipulation scheme financed by worthless bank receipts, which his firm brokered in "ready forward" transactions between banks. Mehta was convicted by the Bombay High Court and Supreme Court of India for his part in a financial scandal valued at Rs 50 billion which took place on the Bombay Stock Exchange (BSE).

1996 Fodder Scam - Known as the mother of all scandals, though the Fodder scam had been going on for over two decades before it came to light in 1996 in the town of Chaibasa, Bihar. The scam involved fabrication of fictitious livestock for which fodder, medicines and animal husbandry equipment was supposedly procured. The animal husbandry department is said to have embezzled Rs 950 crores through the scheme. 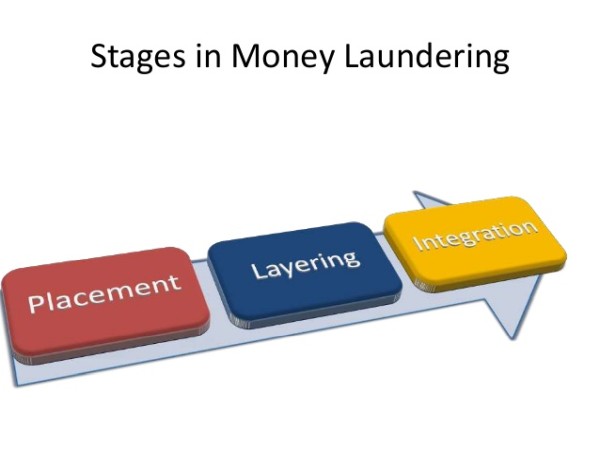 India has become 34th country member of the financial action task force in 2010. Task Force has been established in the G-7 Summit in Paris in July 1989 to examine measures to combat money laundering. And combating financing of terrorism defines money laundering as the processing of criminal proceeds to disguise their illegal origin in order to “legitimize”. FIU (Financial Intelligence unit) is the central national agency responsible for receiving, processing, analyzing and disseminating information relating to suspected financial transactions.

But, due to many loopholes in the existing system to curb money laundering activities, the government came by bringing all the provisions related to money laundering in different statues under single Act i.e. The Prevention of Money Laundering Act, 2002

Section 3 of Prevention of Money Laundering Act states whosoever directly or indirectly attempts to indulge or knowingly assists or knowingly is a party or is actually involved in any process or activity connected with the proceeds of crime including its concealment, possession, acquisition or use and projecting or claiming it as untainted property shall be guilty of offence of Money Laundering. Money laundering involves disguising financial assets so that they can be used without detection of the illegal activity that produced them.

Through money laundering, the launderer transforms the monetary proceeds derived from criminal activity into funds with an apparently legal source. Proceeds of crime means any property derived or obtained, directly or indirectly, by any person as a result of criminal activity relating to a scheduled offence or the value of any such property.

The new definition now would include therein the activities like concealment, acquisition, possession and use the proceeds of crime as criminal activities; also it has removed the existing limit of Rs 5 lakhs fine under the Act.

Now, the Act seeks to provide for provisional attachment & confiscation of property of any person for a period not exceeding 180 days if the authority has reason to believe that the offense of money laundering has taken place. Power of the director-: to call for records transactions or any additional information that may be required for the purposes of investigation. The Act seeks to make the reporting entity, which would include a banking company, financial institution, intermediary or a person carrying on a designated business or profession.

There can be punishment imprisonment upto 3-7 with fine upto 5 lakhs. But in case of offences done under NARCOTIC DRUGS and psychotropic substances act 1985, maximum punishment can extend to 10yrs rather than 7yrs.

India recognized the need for bringing NPOs under PMLA a bit too late. Almost all European countries and the US brought them under the anti-money laundering laws in the aftermath of 9/11 (September 2001). In the US and UK, the annual accounts of registered charities are public documents and are posted on the regulators’ websites. There are easily over a million charitable and private organizations registered in the country under these laws and their annual monetary transactions, through banking and other channels, runs into thousands of crores of rupees.

Money laundering in India was rampant through NGO’s. The majority of industrialists and even some top Politicians were using NGOs to launder their black money back into the country. The amendment would prove an effective tool in the hands of authorities and would take the veil off the racket. Charitable trusts, whether temples, churches or mosques, non-government organizations (NGOs), educational institutions or societies, if registered as non-profit organizations (NPOs), will not only have to disclose the source of their funds, but also be scrutinized for large monetary transactions. The change has been done by an amendment to the Prevention of Money Laundering Act (PMLA) 2002, notified in the Official Gazette on 12th November, 2009, to bring NPOs under the purview of the law.

Earlier, the entities that fell under the ambit of the law included only chit fund companies, banking companies, financial institutions and housing finance companies Real Estate. The amendment now says any company registered under section 8 of the Indian Companies Act, 2013, or as a trust or society under the Societies Act, 1860, or any similar state legislation, will be brought under the purview of PMLA.

Now onwards, NGO’s including religious organizations will have to maintains details of the donors under the KYC (know your customers) norms. As per the amended rules, all transactions involving receipts by non-profit organizations of value more than rupees ten lakhs, or its equivalent in foreign currency, shall be subjected to the provisions of PMLA.

It is to be noted that even after so many efforts and prevailing laws, India is among six countries being actively monitored by Interpol and International banking watchdogs after the detection of massive money-laundering because of inadequate internal compliance procedures.