4 Reasons for the depreciation of Indian Rupee 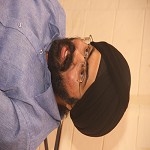 The Indian rupee has slid to a historic low against the dollar. Wonder what causes such movements? Read on.

Rupee has touched a historic all-time low by dropping below Rs 60 (against $1). There are several reasons which have led to this roller coaster fall in the value of Indian Rupee, of which the major ones are listed below:

The price of crude puts tremendous stress on the Indian Rupee. India has to import a bulk of her oil requirements to satisfy local demand, which is rising year-on-year. Globally, the price of oil is quoted in dollars. Therefore, as the domestic demand for oil increases or the price of oil increases in the international market, the demand for dollars also increases to pay our suppliers from whom we import oil. This increase in demand for the dollar (see earlier point) weakens the rupee further.

Dollar gaining strength against the other currencies

The central banks of Eurozone and Japan are printing excessive money due to which their currency is devalued. On the other hand, the US Federal Reserve has shown signs to end their stimulus making the dollar stronger against the other currencies including the Indian rupee, at least in the short term.

Our equity market has been volatile for some time now. So, the FII�s are in a dilemma whether to invest in India or not. Even though they have brought in record inflows to the country in this year, if they pull out, it will result in a decrease of inflow of dollars into the country. Therefore, the decrease in supply and increase in demand of dollars results in the weakening of the rupee against the dollar.

Business Today reported today that overseas investors pulled out a record Rs 44,162 crore (over $7.5 billion) from the Indian capital market in June 2013. The widening current account deficit and the depreciating rupee are definitely cause for concern. A weaker rupee further erodes the returns earned by the foreign investors in the Indian market. FIIs have turned net sellers of debt securities here for the first time in 13 months. Again, the June sell-off is attributed to the weakness in the Indian currency as the rising cost of hedging a volatile rupee hurts the yield differential that FIIs work with.

Mahesh Patil, Co-CIO, Birla Sun Life Mutual Fund, in a recent interview with Economic Times stated that the main reason for the decline of the rupee is the appreciation in the dollar. The latter has been rising since fear of the Federal Reserve tapering its quantitative easing (QE) has hit all asset classes. The currencies of all emerging markets, such as Indonesia, Thailand, Brazil and India have depreciated. Similarly, as in other countries, the Indian bond market has also seen withdrawals by FIIs. With a risk-off environment setting in globally, there have been redemptions from global exchange-traded funds (ETFs). This has led to selling by FIIs in the Indian equity market, compounding the rupee's woes.