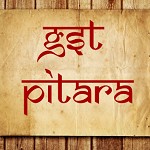 
Central Board of Direct Taxes (CBDT) had issued Circular No 1/2014 dated 13.01.2014 wherein it was clarified that TDS under Chapter XVIl-B of the Income Tax Act, 1961 had to be deducted on the amount paid or payable without including Service Tax component, if service tax component comprised in the amount paid/ payable to a resident is indicated separately.

However, after implementation of Goods and Services Tax (GST) w.e.f 1st July 2017, CBDT has received various references seeking clarification for the treatment of GST component on Services.

Therefore, due to need of harmonizing the contents of Circular No. 1/ 2014 of the Board with the new system for taxation of services under the GST regime the CBDT has clarified vide Circular No. 23/2017 dated 19th July, 2017 that wherever in terms of the agreement or contract between the payer and the payee, if "GST on Services" component has been indicated separately in the invoice, then no tax would be deducted at source under Chapter XV Il-B of the Income Tax Act, 1961 on such GST component as. GST  for these purposes will include CGST, SGST, IGST, UTGST.

Similarly, if Mr. X charges IGST separately in the invoice in the course of inter-state supply of services, then the recipient of service will deduct TDS under section 194J only on the taxable value of supply i.e. without including IGST.

However, if Mr. X charges Rs. 1,18,000 as the value of taxable supply of services inclusive of GST from Mr. Z and does not show 'GST on Services' component separately in the invoice, then Mr. Z is liable to deduct TDS under section 194J on the full value of invoice i.e. Rs. 1,18,000.

The reason for giving effect to such provision in the Income Tax Act, 1961 is that, that the GST paid by the recipient of service doesn’t partake the nature of "income" of the provider of such service. The provider of service only acts as a collecting agency for Government for collection of GST.

The effect of such provision for the business, specially for service provider will be imperative. It will ensure less blockage of funds in Tax Deducted at Source and thus reduce the requirement for working capital.