The Central Board of Direct Taxes has released the Income-tax (3rd Amendment) Rules, 2021 and has amended Form 12BA Statement which will now show particulars of perquisites, other fringe benefits or amenities and profits in lieu of salary with value thereof. This Form will be applicable from the 1st day of April 2021. Read the official notification below: 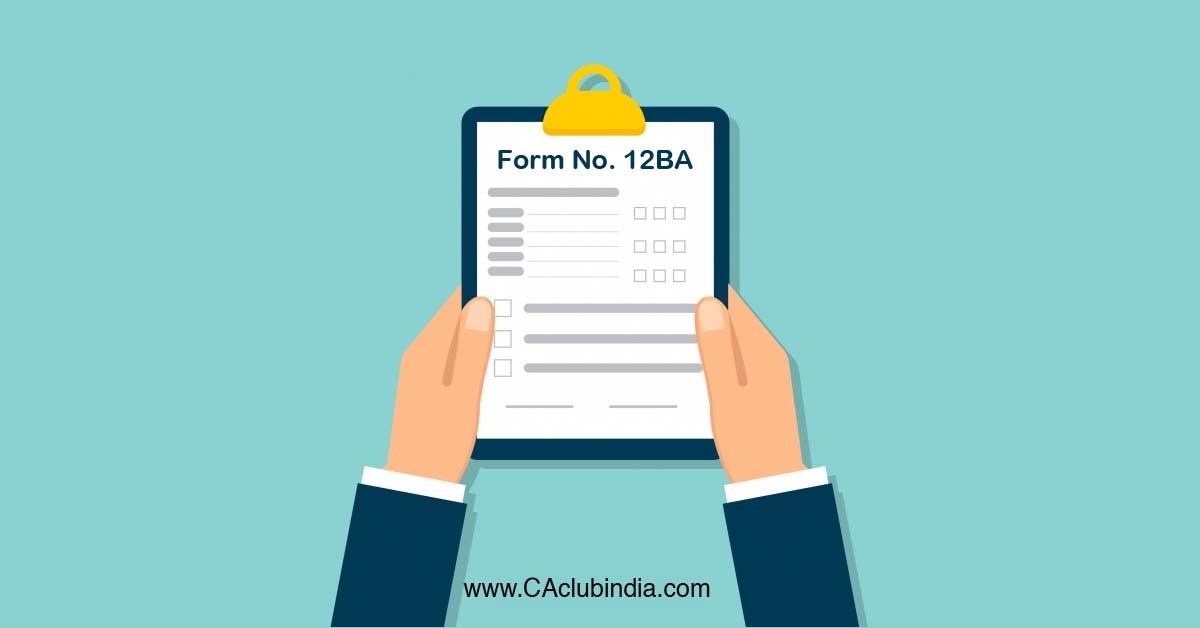 Statement showing particulars of perquisites, other fringe benefits or amenities and profits in lieu of salary with value thereof.

(Revised Form No. 12BA has been provided in the below mentioned attachment)

2. Where an employer deducts from the emoluments paid to an employee or pays on his behalf any contributions of that employee to any approved superannuation fund, all such deductions or payments should be included in the statement.

3. Permanent Account Number of landlord shall be mandatorily furnished where the aggregate rent paid during the previous year exceeds one lakh rupees.

4. Permanent Account Number of lender shall be mandatorily furnished where the housing loan, on which interest is paid, is taken from a person other than a Financial Institution or the Employer.”.

To download the full notification and Revised Form 12BA, find the enclosed file