Your Networth to determine your Investment in Stock Market! 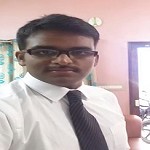 Securities and Exchange Board of India (SEBI) this week hinted on its plans to cap Investor exposure in the Equity market based on Investors Income and Networth Certificate Obtained from a Chartered Accountant. The move seems to be aimed at protecting the People from huge losses. There are countries Like China which have Banned Intraday trading in the interest of Public and various other restrictions imposed. In India, there is No restriction on investment apart from the Minimum age and requirement to have certain KYC.

The markets regulator earlier banned the popular mini-Nifty derivative contract which was aimed at small investors. It then increased the lot size of futures from Rs 2 lakh to Rs 5 lakh. But these were not the measures meant to avoid someone investing beyond their net worth and then going bankrupt.

As expected such a Kind of Move has invited criticisms. Critics argued that this move is discrimination against the small investors, Bad for Economy and the Liquidity of the market since nearly 50 per cent of trading volumes in equity and 40 per cent in derivatives comes from non-institutional investors, the segment which SEBI wants to target. There were people who argued that there are many Rags to riches stories in the Stock Market and this move will curtail the opportunity for small investors to become rich.

It is Logical to argue that the liquidity and volume will come down drastically if SEBI comes up with the rule, But all the volume that is traded in the Market is not true volume and doesn`t give Picture of robustness of the economy. The volume includes Investment made through the leverage given by their brokers. It is easy for a small investor to use double Leverage firstly by borrowing from external sources and loading the same money in the trading account and again using the Leverage provided by the Broker. If trading based on Networth is implemented the leveraged Volume will fall drastically.

Liquidity is the Hallmark of the secondary market for shares. If SEBI goes ahead with implementing the rule there will be a short-term liquidity issue. But this will gradually settle down. The Investor holding the shares will definitely find the investor rather than a speculator to buy his shares.

It is true that the Stock market offers a good return compared to other sources in the Long run. However, In the short run, it could go either way. Most importantly the Retail investors are not long-term investors going by the data. They look to exit the market once their target is met. But what is the scenario if the market goes down in the short run, the small investors are not always capable of suffering huge losses thereby they end up selling the shares at losses. And imagine the situation of Double leverage small investor who goes bankrupt in seconds.

The tendency to get rich and take risk is innate in humans. A small investor who tastes a profit initially will be tempted to invest more and increase his return, he may do so by stretching his finances and taking the unreasonable risk. The Short-term insanity induced by profits is similar to any form of gambling. The same area of the brain activates when you invest in the above way.

It is frequent to see Brokerage firms advertising to open Free Demat accounts these days and the account will be opened within minutes. And once you are active on the Demat account you will be fed with thousands of recommended stocks, not to forget the spam messages asking people to buy shares of some company. This is usually a tactic to sell low liquid stocks to unwary investors.

I would say the planned proposal of SEBI is Justified and this will definitely protect the investors. But imposing such a move is not easy. The lobbyists are already on the Job to Stop SEBI from bringing out the rule. SEBI can gradually implement the rule firstly by restricting leverage trading based on Net worth and then Bringing in the ultimate rule.

This Move will encourage safe investment and will divert a huge chunk of money into Mutual funds. We cannot be sure that the Share market will lose its character and become less volatile and that is not the objective of SEBI. The simple objective is to protect the investor which is one of the Primary objectives of SEBI.

SEBI Must encourage Investment rather than Speculation.

The author can also be reached at avilraksalins@gmail.com