I have recently joined Industrial Training in one of the companies in Gurgaon. I joined in between a month so at the time of calculation of first stipend, I found something wrong. As per me the amount of stipend should have been calculated for 22 days instead of 21 days on the basis of system followed in that Industry. Though stipend of 1 day didn’t matter to me at all but highlighting flaw in the system was definitely my concern. I tried to make the HR there to understand my point. I supported my stand with various simple example listening to which I think anyone could understand the problem prevailing in the system. But at end of this small discussion with HR, I got a very irritating reply “Yahan Aisa hi hota hai (That's the way things are done around here)”.

By matter of chance, that day the CFO of the company asked me about my experience there and we engaged in a discussion. During the discussion, I shared with him the above incident which took place in that morning. He understood the problem and told me a story which I found very interesting and relevant. So, I want to share that with my friends here. This story is basically an experiment which shows how a company's culture – that set of beliefs, traditions, and behavioral norms that determines "the way things work around here" – came to be. The story goes like this:

“The experimenters began with a cage, a set of externally enforced boundaries. Inside the cage, they hung a banana on a string and placed a set of stairs under it. They then introduced five monkeys into the cage. Before long, one of the monkeys started to climb the stairs toward the banana. As soon as it touched the stairs the experimenters sprayed all the other monkeys with really cold water. When another monkey made an attempt to get the banana they again sprayed the other monkeys with cold water. After a while the monkeys prevented any of their group from going after the banana.

After the cultural prohibition against "going for the banana" had been established the experimenters put away the cold water. They took one of the original monkeys out of the cage and introduced a new one. Upon spotting the banana the new monkey went after it. To its surprise and dismay all of the other monkeys attacked it. After another attempt and attack the new monkey learned that if it tried to climb the stairs and get the banana it would be assaulted and so it stopped going after the banana. It had been acculturated, assimilated into the cage's "don't go for the banana" culture.

Next the experimenters removed another of the original five monkeys and replaced it with another new one. The second new monkey went to the stairs and predictably it was attacked. The first new monkey took part in this punishment with enthusiasm! Similarly a third original monkey was replaced with a new one, then a fourth, then the fifth.

Every time the newest monkey took to the stairs it was attacked by the other monkeys. Most of the monkeys that were beating it had no idea why they were not permitted to climb the stairs or why they were participating in the beating of the newest monkey. After all the original monkeys were replaced none of the remaining monkeys had ever been sprayed with cold water. Nevertheless, no monkey ever approached the stairs to try for the banana. Why not? Because as far as they knew: "That's the way it's always been done around here."

And that is how a company's culture is formed. 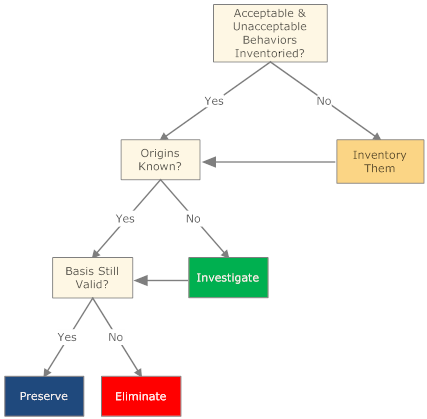 So how do you break out of this culture trap? Well, you start by trying to find out what's behind those cultural do's and don'ts. Why is this expected or required? Why is that prohibited? And don't accept "That's the way things are done around here" as an answer. In some cases, you might find there are very good reasons for this or that prohibition or requirement. In others you won't. In all cases, what you're out to accomplish is to eliminate blind adherence to behavioral norms.

That day, I ended the discussion with HR thinking that there is no use of telling them any flaw as they won’t change. And that discussion with CFO of the company made me satisfied that at least I was not wrong in my stand. But surprisingly, the next day when I got the cheque, the stipend was correctly calculated. I don’t know how it happened but yes it happened. :)