So friends lets understand all the concepts related to Working Capital and its Management.

First Question: What is Working Capital?

Ans: According to Park & Gladson-

“The excess of current assets of a business (i.e. cash, accounts receivables, inventories) over current items owned to employees and others (such as salaries & wages payable, accounts payable, taxes owned to government)”.

The concept of working capital was, first evolved by Karl Marx. Marx used the term ‘variable capital’ means outlays for payrolls advanced to workers before the completion of work. He compared this with ‘constant capital’ which according to him is nothing but ‘dead labour’. This ‘variable capital’ is nothing wage fund which remains blocked in terms of financial management, in working- process along with other operating expenses until it is released through sale of finished goods. Although Marx did not mentioned that workers also gave credit to the firm by accepting periodical payment of wages which funded aportioned of W.I.P, the concept of working capital, as we understand today was embedded in his ‘variable capital’.

Broadly speaking there are two types of Working Capital:

But since we have heard about only two categories of working capital mentioned above, hence we will continue our discussion for those two categories.

Second Question: How to Manage it?

Ans: For giving the question of this answer we will analyze three questions listed below:

1. What is the appropriate amount of working capital

2. How to finance the working capital.

3.  How to manage the Components of Working capital i.e. Current Asset and Current Liabilities

Now, let’s go into some depth:

1. Generally in a manufacturing unit current asset exceeds one half of total asset.

2. And Current liabilities are the main source of finance for small and medium firms.

Now look at the below diagram: 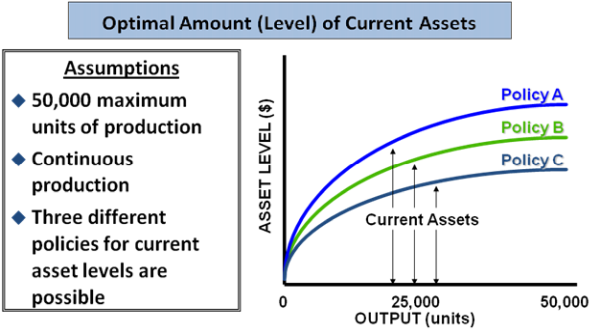 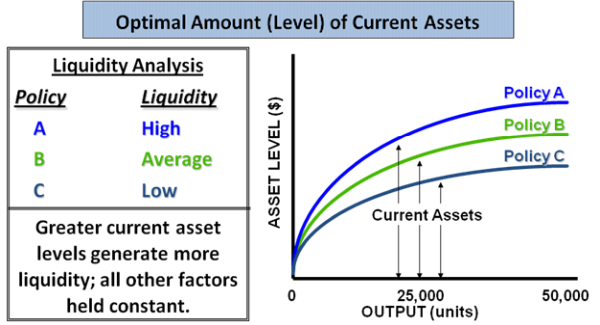 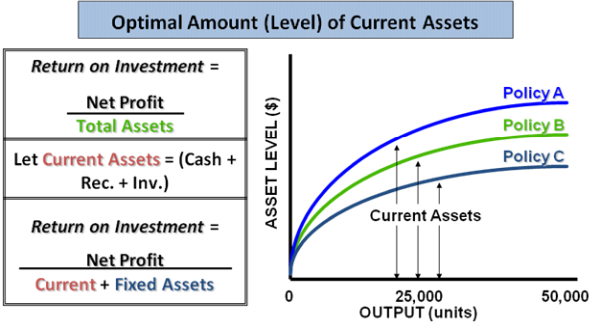 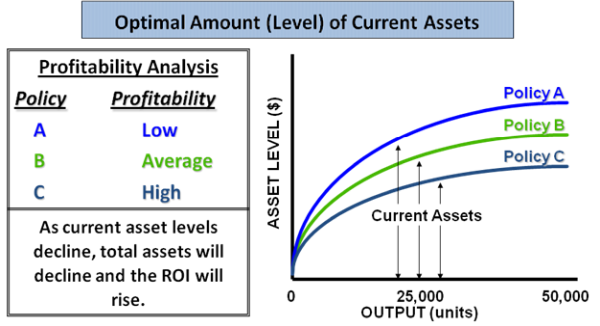 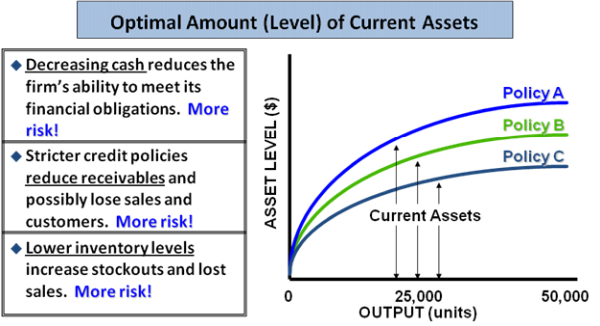 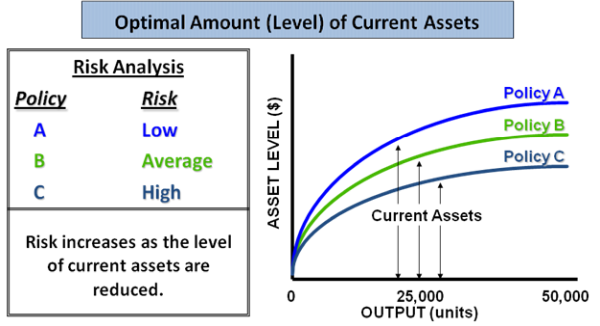 Summary of the Optimal Amount of Current Assets: 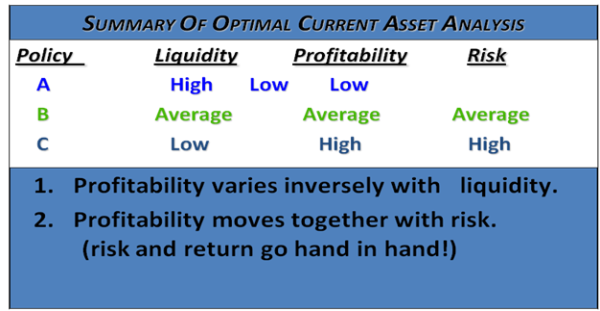 Now we have come to know about the importance of Working capital but our basic question which are listed initially are still pending. Now let’s solve them one by one.

2.  Time period taken for which raw material kept in stores

4.  Time period taken for which Finished goods are stored in warehouse before sales.

6.  Average credit period for which advances payments is made.

7.  Credit period allowed by suppliers to the firm for making payments.

8. Time taken in making payments to labors for their wages and other expenses.

9. Margin of safety required: It is generally calculated as a fixed % of Working Capital.

Hopefully now you can understand how to determine the optimum level of WC.

I will try to given answer of our other two questions in the next articles.

Note: (The author is the member of ICAI. His area of interest is Finance. For any queries and suggestions he can be approached at Email: arvindagarwall@yahoo.co.in)