Women and Financial Anxiety: Are they related?


When it comes to making decisions about what to do with your money, whether to save it in a bank account or invest it, do you look for a male figure to get advice? Are you more likely to leave money matters, financial management, and your finances in the hands of a man rather than handling all of it yourself? Well, you are not alone.

In a research study about the 'Perception of Women towards Financial Planning,' it was observed that women have inherently been better money managers when it came to handling money and finances on a small scale, say household expenses and savings.

However, still many women, including women who are earning, are not too confident in taking care of or making decisions about long-term finances and retirement plans, and most often leave it to either their husbands or fathers. In other words, the efficiency they exhibit in managing home finances is not getting extended to their financial front (Shobha and Shalini, 2015). 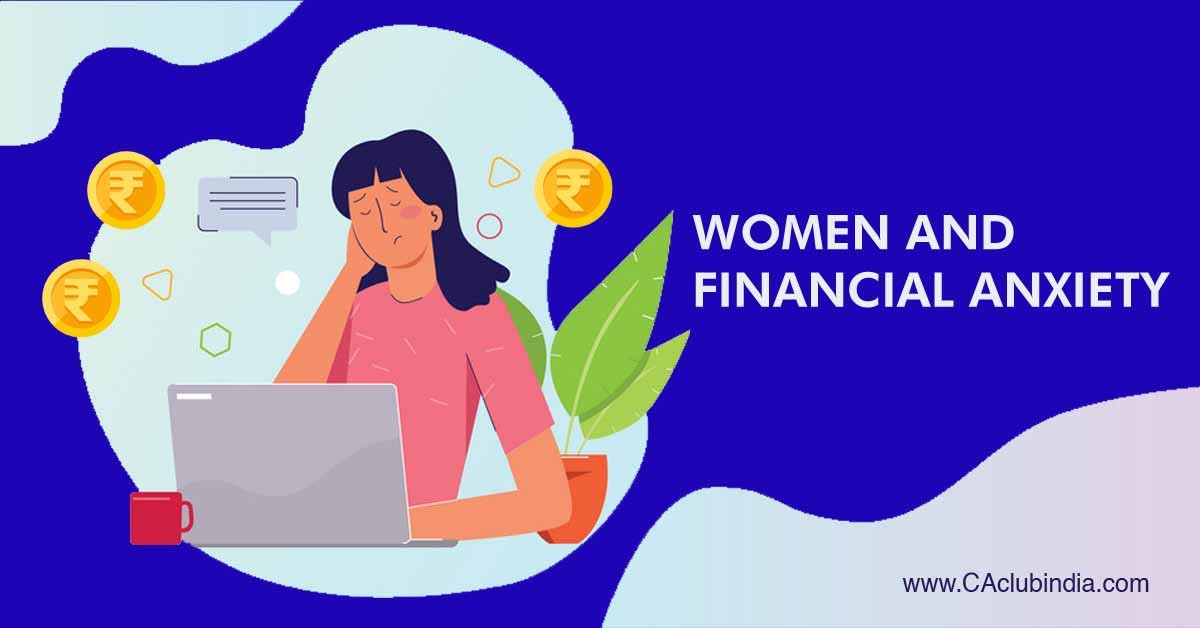 The question here arises, is it just women? A 2015 survey by Standard & Poor carried out in 140 countries on approximately 150,000 adults, tested their knowledge of four basic financial concepts - numeracy, risk diversification, inflation, and compound interest. The findings highlight that India's financial literacy is lower than the worldwide average as 76% of the sample population did not understand basic, key financial concepts.

The survey was also able to explore a gender gap with 73% of Indian men not being financially literate while it was 80% for Indian women. A report by DSP Winvestor Pulse in July 2021 revealed that among the 14% of the active population who invest their savings, only 33% of women take independent investment decisions compared to 64% of men.

There is an evident lack of financial literacy in India but various reports and surveys point out that the case is worse for women. The reason why women are still way behind men when it comes to financial literacy is that as a patriarchal society we have always believed that money matters is a man's job, exactly like how people believe that only boys are good at math and science but they have been proven wrong way too many times by now.

Patriarchy and systemic oppression are at the root of this and still play a role in determining the amount of charge that women can take of their lives and their finances. The financial anxiety that women feel is something that has been beneficial to this system and it still is. It is the principal reason why women lack the initiative and confidence that is needed to handle their finances. However, this trend is now changing, which is a step in the right direction, but there is still a long way to go.

Women cite various reasons for leaving their finances in the hands of men which include having more important things to tend to, lack of interest, and the most popular reason一they think their spouses/ father/ brother have a better knowledge about long-term finances and are better equipped to handle it. This is because women grew up witnessing that there will be some male figure in their lives to manage the money so it did not seem like an important thing to invest themselves in.

Now that few women are getting aware of the importance of financial literacy, they are taking responsibility to get themselves educated more about the same. Various platforms are recognizing this need for women and making resources available for them that can help them in this journey.

Women taking the initiative to take charge of their money is a move in the right direction but we need to understand that the number of women who are doing that is still extremely low. A majority of women are still not aware of this because of the differences in cultures, economic conditions, professions, class and caste.

So it is important that these intersectional gaps are also recognized along with the gender gap while trying to tackle the issue of lack of financial literacy. It is not just a woman's duty to get out there and learn and make other women aware. Everyone must realize their privileges and how they can help them create awareness about the importance of financial literacy for all genders and age groups.


Category Others, Other Articles by - Muskan Mudgil