Why is Indian Economy facing Slowdown in 2019?


In her Union Budget 2019 speech the Finance Minister Mrs. Nirmala Sitharaman claimed that the Indian Economy will become a 3 trillion dollar economy in the current financial year. 2.5 months post the Budget the National Statistical Organization released the estimates of the Gross Domestic Product for the first quarter of the current Financial Year. The reports of the NSO revealed that the estimated Gross Domestic Product of India has now slipped down to 5% from 8% in just one quarter. The news of Indian Economy facing a crisis came as a matter of both surprise and dismay to me. Especially because I was expecting that India is now in a roadmap to become a 5 trillion dollar economy. It just makes me wonder what has hit our economy so hard? 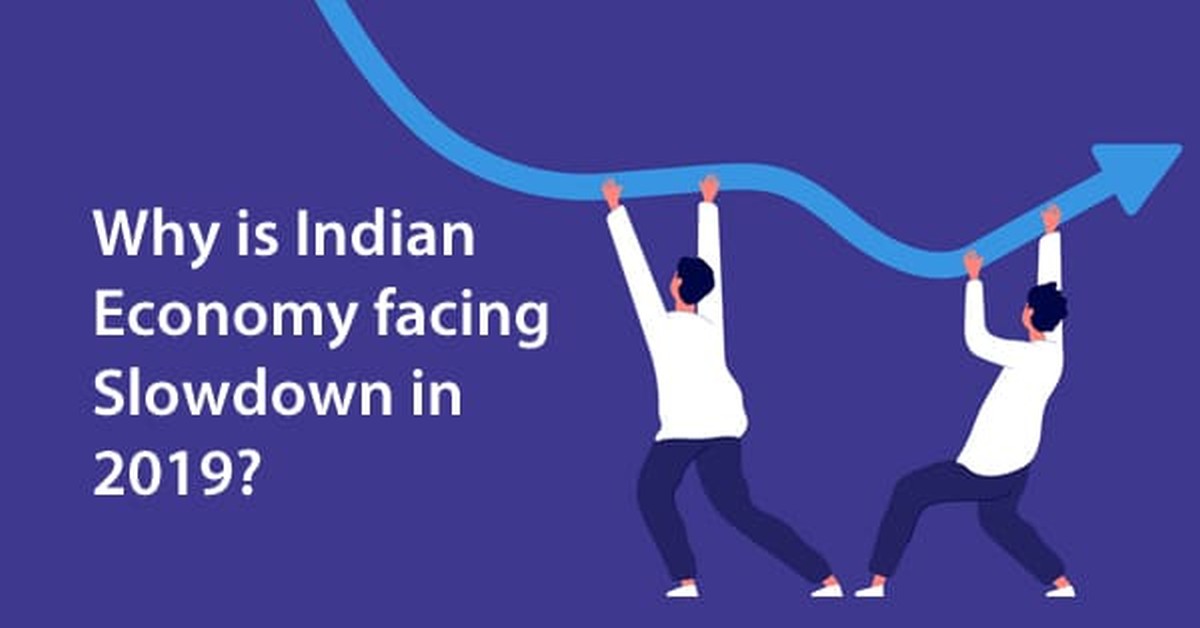 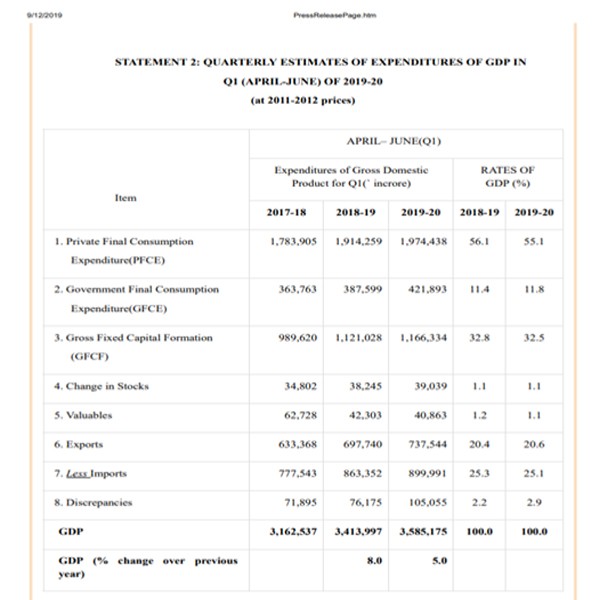 *The above image is the report of the National Statistical Organization

Why is Indian Economy facing a crisis?

Manmohan Singh in his interview with The Hindu said, 'It was the blunder of demonetisation and the faulty implementation of GST, that triggered this slowdown.” Several other Finance Experts are saying that the present economic slowdown is a demand driven slowdown. The last two times when the GDP was below 5% the slowdown was supply-driven. The gross slump in the GDP proves that it is not a cyclical slowdown and therefore various structural reforms will have to be made to revamp the Indian Economy. There has been a sharp fall in the private final consumption expenditure from 7.02% in the last quarter to 3.1% in the current quarter.

Niti Aayog the think tank of the government last year in its reports said that unemployment level is now at its highest surge of 14% in the past 45 years. This increase in the unemployment level has led to a decrease in domestic demand and therefore a decrease in the private final consumption expenditure of the Indian Economy. The real income of the people has also shown a downward trend.

Not less than a year ago the newspapers papers were covered with the news that the Indian Economy is now growing at the fastest pace than ever before. However the growth in the Indian Economy was being addressed as jobless growth back then. The Former Chief Economic Advisor Arvind Subramanian had claimed that the GDP figure was manipulated by 2.5%.

How has the economic slowdown impacted different sectors?

The automobile sector is in a crisis with a drastic decline in production. Sales of Medium and heavy commercial Vehicle including buses fell by 63% in August whereas the total vehicle sales dropped by 50%.The leading auto manufacturers in the market announced that there is a continuous weak demand in their products. Ashok Leyland recently announced that the company will observe non working days in 5 plants.

On being asked about her views on the auto sector slowdown the Finance minister said that the mindset of millennial, who now prefer to have Ola or Uber rather than committing to buy an automobile is the reason behind it. 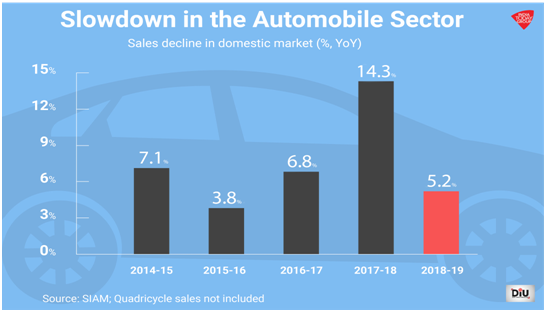 The last four years have been the worst for the Real Estate Sector. The growth in this sector has fallen down to as low as 5.7%. The employment in the construction sector has gone down by about 30% in the last one year.

The agricultural sector which provides employment to the majority of the population has also been drastically affected. The growth in the agricultural sector which was 5% in the last year is now growing at a rate of 2%. There is a hue and cry among the businessmen. NBFCs are suffering from liquidity crunch, there has been a major rise in the volume of the Non Performing Assets. The service sector is also not left unaffected.

What is the way out of the current slowdown?

Kaushik Basu the former Chief Economist of the World Bank said, "There is no objective or exogenous reason for India’s sharp economic slowdown. It’s time to put politics aside and create space for the best professionals in government to design policy." The government should think of some immediate measures to revamp the Indian Economy. Hasty implementation of GST is being considered as the major reason behind the slowdown in the Indian Economy. Therefore simplifying GST regime should be one of the top most priorities of the government. The government should also come up with policy initiatives to create jobs in the Indian Economy. The Economy does need to undergo some structural reforms to beat the situation. As a response to the crisis, the government took a financial aid of Rs 1.76 lac crore from RBI but it was never made known to the public that how the funds will be utilized to restructure the economy.

The government can no longer deny the situation here. Citing baseless reasons will not help them as well as the economy. The sooner they accept the situation, the better we will be able to revamp the economy.

What do you think the government should do to revamp the economy?