What is the purpose of workmen's Compensation?


Irrespective of how much safety mechanisms you have adopted at your workplace, sometimes accidents become inevitable.

Unlike the early part of the 20th century, workers had little recourse in case of any workplace accident. Working with large machinery and equipments created such an atmosphere which was riddled with lots of health risks. As a result, a rising number of workers found themselves with injuries that did not only prove expensive to them with respect to healthcare but also affected their earning capacity. Also, civil lawsuits were the only option for workers to seek compensation from their employer with regard to any job-related accidents. However, these civil lawsuits and corresponding lawsuits proved costly for both employees and employers as they affected their turnover. 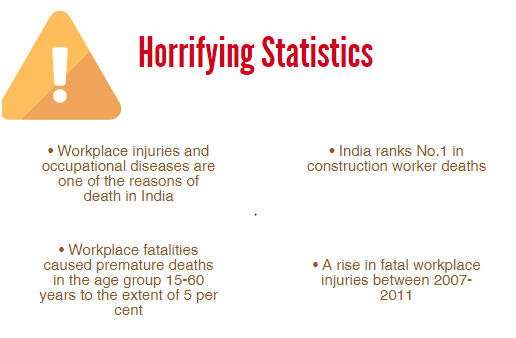 In response to the growing issue, various laws were framed to grant workers access to financial benefits and Workmen’s Compensation Act is one such initiative. It offers wage replenishment and other medical benefits to employees who are injured during employment in exchange for compulsory relinquishment of the employee’s right to sue the employer.

The purpose of the enactment of Workmen’s Compensation Act can be understood as follows:

Thus, the Act plays an imperative role by bridging the gap between an employer and employee for resolution of employment-related disputes.

What is covered under worker’s compensation?

As per the Workmen’s Compensation Act, 1923, the following events are covered:

Remember, an employee can’t sue the employer if he/she is collecting benefits under worker’s compensation act.

Is there any way to protect the employer’s liability?

With the help of a worker’s compensation insurance policy, the employer can demonstrate its ability to satisfy the obligations as stated under the worker's compensation statutes.

Indeed, as an employer, it is your prime responsibility to offer a safe and conducive working atmosphere to your employees. A workman’s insurance policy extends help to companies by backing them in case of any legal liability.