What is GST E-Way Bill and How E-way Will Generate? 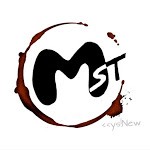 GST e-way bill is an electronic bill which will be required for the movement of goods in case the value of the goods are above 50 thousand rupees. The bill can be generated from the GSTN portal and every registered taxpayer must require this e-way bill along with the goods transferred.

There are various rules and regulations issued by the CBEC for the handling of e-way bill. Those rules and be gst-e-way-bill-rules.

What is a 'supply' in case of e-way bill?

A supply may be -

Central Board of Excise and Customs (CBEC) has proposed an GST e-way billing the event of transiting goods worth INR 50,000 under the GST regime. This will ask for online registration of the goods consignment and this will give the tax authorities a right to inspect the element anytime if suspected of a tax evasion. The board has issued a draft rule over the Electronic way (e-way) billing which will be requiring registered entities to upload in a prescribed format on the GSTN officials website the details of the concerned goods or commodities which they wish to move in or out of the state.

In this, the GSTN will create e-way bills which are valid for a period of 1-15 days on the condition of distance traveling in which one day considered as 100 km and 20 days for more than 1000 km in transit. The draft rules stated that 'Upon generation of the e-way bill on the common portal, a unique e-way bill number (EBN) shall be made available to the supplier, the recipient and the transporter on the common portal.'

GST E-Way Bill Relevant Dates According to the Distance

The in charge of conveyance will be mandated to keep the invoice or bill of supply or delivery challan, and a copy of the e-way bill or the e-way bill number in physical or Radio Frequency Identification Device (RFID) format with him and must be attached to the conveyance. The tax commissioner or the authorized officer can demand the e-way bill or the number associated to verify the details upon all the inter-state and intra-state movement of goods and commodities.

Who can generate e-way bill?

E-way bill must be generated when there is a movement of goods of more than Rs 50,000 in value to or from a Registered Person. Registered person or the transporter may choose to generate and carry e-way bill even if value of goods is less than Rs 50,000.

The verification of physical conveyance can be taken out in the specific information of stealing of taxes as mandated by the rules. The guidelines further mentioned, “Where a vehicle has been intercepted and detained for a period exceeding 30 minutes, the transporter may upload the said information in (prescribed form) on the common (GSTN) portal.”

Nangia & Co-Director (Indirect Taxation) Rajat Mohan also thinks that the e-way bill may give some respite to the transporters as in the given time he can upload the data on the GSTN portal. Rajat Mohan also added that 'A country like India where per capital GDP is still comparable to countries like Nigeria and the Philippines, Ease of Doing Business Index 2017 still says we are at a 130th position in the world. With such background, is it economically viable and beneficial to implement GST in the highly automated environment? Does infrastructure at Indian tier-II and tier-III cities ready to implement GST?'

GST e-way is still under issues and now the center has stated that the e-way bill will be under hold as of now in order to clear some more rules and regulation over this crucial bill. However, the states are not in side of the e-way bill but still the center has given the order to the National Informatics Centre for more research work.

The GST council has asked the National Informatics Centre to find out whether the GST e-way bill can be applied on all India basis in a short frame of time. The e-way was opposed by many authorities which claimed that it will increase operational time and costing.