Way to Get Unclaimed Refund 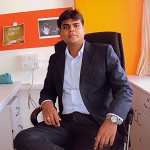 
There are many circumstances in which a person may forget to claim the credit of Tax deducted at source or sometimes if the TDS has been lately credited in his account. This is specially true in the cases where a person is either not supposed to file return of Income as most of his income is exempt income or his total income does not exceeds basic exemption limit, but tax has been deducted on his some part of income and he is not aware about claiming refund of TDS. In all such cases, it is possible to claim refund by filing condonation petition u/s 119(2) (b) of the IT Act, even if such claim was not made in last six years.

For Example, if you find that you forgot to claim refund for Assessment Year 2008-­09, you can file the petition to condone the delay in filing of return and claim of refund to Commissioner or Chief Commissioner or CBDT till 31/3/2015 according to value of refund involved.

i. Application: The petition for condonation of delay in filling of returns claiming refund and returns claiming carry forward of loss and set-off thereof is to be made to u/s 119 (2) (b) of the Income tax Act, 1961.

ii. Disposing of an Application: A condonation application should be disposed of within six months from the end of month in which application is received by competent authority.

iii. Additional Time Limit: In case where refund claim has arisen due to court order then the time period of court case shall be ignored while calculating period of 6 years. But condonation application should be filled within 6 months from the end of the month in which court order was issued or end of the Financial Year w.e. is Later.

iv. No Time Limit: Time limit of 6 years in not applicable when applicant has made investment in 8% Savings (Taxable) Bonds, issued by Government of India.

i. Income of the assesse is not assessable in the hands of any other person.

iii. Refund should be on account of TDS or TCS or Advance Tax and it also includes self-assessment tax.

b. The power to condone delay in claim of refund is as under

i. It shall be ensured that the income / loss declared and /or refund claimed is correct and genuine and case is of genuine hardship on merits.

ii. Competent authority is empowered to remind about the case to Assessing Officer for necessary scrutiny.

a. Supplementary Refund: A belated application for supplementary claim of refund (claim of additional amount of refund after completion of assessment for the same year) can be admitted.

b. Pending Applications: All pending application under 119 (2) (b) is covered under this circular.

Steps for Claiming Refund or carry forward of Losses

1. Write an application u/s 119 (2) (b) of the Income tax Act stating why you could not file return or claim refund.

2. Enclose all the evidence in support of your claim.

4. State the Computation of Income and tax for that year.