The final bell rang for the campus placements in all the top MBA institutes of India. Companies across the globe jumped off with their leather bags filled with lucrative offers. I remember in 2006 and 2007 (I read this in a newspaper) that many students in the top MBA institutes of India were offered and placed in positions which offered them a salary package of beyond 1cr.1005 placements were achieved and the MBA institutes premium valuation gets doubled this year too and this beyond merry making.
Each year when campus placements happens and gets over the newspaper and the print media followed with voice media goes for wild cry while sharing /disclosing the campus placements being offered to the top MBA institutes in India. I remember an instance when Lehman Brothers came in 2007 to acquire” Made In India Professionals” from the MBA institutes. We all know now that how Lehman brothers got bankrupt in the subprime cyclone and how the premium Company went into a wild destruction. We never thought beyond the package of 1cr which is being offered.
Offering salaries of beyond 1cr now raises a question within our minds that from where the package came and why such high packages were offered. The Management institutes will again come up with management styles replies of these questions but the questions are a matter of beyond normal replies filled with cunning excuses.
When a business fails we blame the system .But does we ever gave a thought that a system is not a human being operating of its own. It being managed by us .By us we mean  people like us who get the packages of beyond 1cr.Professionals puts life in to an system and runs the process, but the strange thing is that that when a system fails we blame the system failure but never those who rides them up.
We often raise voices of professional ethics and standards. We follow the saying blindly that ‘Follow the instruction of your boss”. We never gave a thought any one can be wrong and that wrong decision might damage the society at large. Corporate ethics have various meaning  and perceptions  but where its is mentioned to follow them ‘Blindly’. Blind by birth and blind  in term of pretending are two different ball games. We are all pretending to be blind.

When the offers are being poured by companies like Lehman, Merrill Lynch, Bank of America, AIG etc, the media adds glamour to the offers and each year the premium valuation of the Institutes gets doubled. Now I request my readers please tell me what is the valuation of those Institutes when recession came touched the shores.  We never thought why these offers are being so high and from where the valuation of this offer is being measured. We got offers and media added glamour and every one added their voice to the tunes.

Many of my readers might say that we are paid for our excellence. Excellence of making the Lehman Brothers  and Merrill Lynch going for Bankruptcy. Tell me one thing that when those toxic assets were being traded by the US financial companies who were doing that trading. Professionals like us who were offered packages of beyond 1cr. Now a question might come up that we cannot change the system, we cannot change the policies adopted by the company. I completely agree with this statement.
When the debacle of satyam happened investors lost Rs.13500cr in one day due to the drop in valuations .The Investors were non e other than people like us. The accountant professionals were payed huge money to manipulate the accounts. Great activity and still here we can say we are paid for our excellence of fooling the investors community. Getting the accounts and the valuation over valued was an excellence and that’s why the accountants were paid highly so everything goes for justification and justified finally. Does any one of you have any idea that how many families went in to non existence due to satyam scandal.
I directly raise the voice that when the top MBA institutes were offered salaries of 1cr what was the basis of paying those high valuations. I am not blaming the MBA institute but addressing the whole community who creates the legacy of professionals year after year. It’s not the case of MBA institutes but of all hubs of creating professionals.
What we need is to access why they are offering and what basis of charging the valuations. Often we find that for malpractices offers are high. We need to understand and give a thought of what and why is being offered. It’s not difficult more than teaching and creating thousands of professionals each year. I am not asking the MBA institutes to go for valuation measures and etc but should look in to the core areas. When campus placements takes place the Institutes needs to look in to the profile and the process of job to be executed. Otherwise we are creating values for destruction and not for growth. Otherwise one day the premiums enjoyed by the top MBA institutes might face ‘Professional Recession’. At least to protect themselves they need to look into these systems of offering 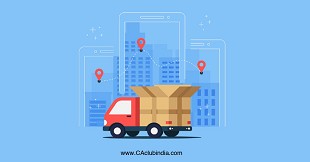