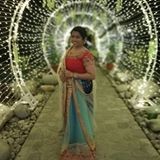 We can also ‘consideration’ means everything received in return for a provision of service which includes monetary payment and any consideration of non- monetary nature as well as deferred consideration.

Monetary consideration means any consideration received in the form of money. ‘Money’ includes not only cash but also cheque, promissory note, bill of exchange, letter of credit, draft, pay order, traveler’s cheque, money order, postal or electronic remittance or any such similar instrument when used as consideration to settle an obligation.

Non-monetary consideration essentially means compensation in kind and could be in the form of following:

• Supply of goods and services in return for provision of service

Now the value of non-monetary consideration is determined as per section 67 of the Act and the Service Tax (Determination of Value) Rules 2006, which is equivalent money value of such consideration and if not ascertainable, then as follows:-

• On the basis of gross amount charged for similar service provided to other person in the ordinary course of trade;

• Where value cannot be so determined, the equivalent money value of such consideration, not less than the cost of provision of service.

The consideration for a service may be provided by a person other than the person receiving the benefit of service as long as there is a link between the provision of service and the consideration. For example, holding company may pay for works contract service or architect services that are provided to its associated companies. Thus in order to correctly arrive at the fact that as to whether a particular service comes under the ambit of the service tax or otherwise.

• Activity carried out without any consideration like donations, gifts or free charities are therefore outside the ambit of service. For example grants given for a research where the researcher is under no obligation to carry out a particular research would not be a consideration for such research.

• An act by a charity for consideration would be a service and taxable unless otherwise exempted. Conditions in a grant stipulating merely proper usage of funds and furnishing of account also will not result in making it a provision of service.

• Donations to a charitable organization are not consideration unless charity is obligated to provide something in return e.g. display or advertise the name of the donor in a specified manner or such that it gives a business advantage to the donor.